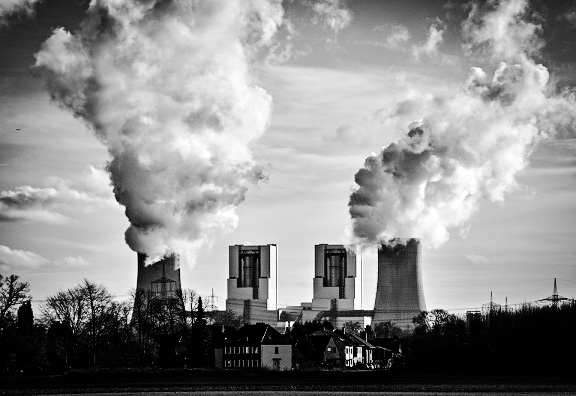 It’s been another not-so-good week and a bit for South Africa’s President Jacob Zuma. Apart from being booed at the Congress of South African Trade Unions (COSATU) May Day rally on Sunday, he’s feeling pressure all around.

In an interview with the BBC, former president and ANC secretary-general Kgalema Motlanthe said he thought Zuma should have stepped down after the Constitutional Court judgment on Nkandla. He also called utterances by hardcore Zuma loyalist, Water and Sanitation Minister Nomvula Mokonyane, in relation to South Africa’s recent credit downgrade, ‘populism of the worst kind’.

Both Deputy President Cyril Ramaphosa and former finance minister Pravin Gordhan support a judicial inquiry into state capture, something Zuma appears desperate to avoid. Zuma in typical style shrugged all of this off during Freedom Day celebrations in KwaZulu-Natal.

And then the National Health Education & Allied Workers Union (NEHAWU) and the Communication Workers Union tried to prevent Zuma from speaking at the COSATU Workers’ Day rally.

Yet despite all this, probably the most important piece of news came from the Western Cape High Court recently when Judge Lee Bozalek, with Judge Elizabeth Baartman concurring, set aside two determinations by former energy minister Tina Joemat-Pettersson which were to lay the basis for future nuclear procurement.

The application, brought by civil society groups doggedly pursuing the matter, means that the so-called nuclear deal has gone back to the drawing board.

The court found that the South African-Russian nuclear co-operation deal was ‘unconstitutional and unlawful’ given that there was no public participation in the process. The reality is that the deal has been shrouded in secrecy.

The court held that the international agreements had to be tabled in Parliament in terms of section 231 (2) of the constitution. This required the approval of both Houses of Parliament. But the minister curiously tabled the international co-operation agreements between the US, Russia and South Korea in terms of section 231 (3), which does not require parliamentary endorsement.

That section states that agreements of a ‘technical, administrative or executive nature’ need not have the approval of both Houses of Parliament and only need to be tabled ‘within a reasonable time’.

This, the court held, was irrational. That Joemat-Pettersson was allowed to flout process in such a manner when clearly the agreements fell outside of section 231 (3) shows Parliament’s neglect of its oversight role.

The court ruling somewhat thwarts Zuma’s nuclear plans – for now. For a number of years, there have been serious reservations regarding the nuclear deal. In addition to the exorbitant cost and secret nature of the process, there are safety and environmental issues to be considered.

The National Development Plan encourages a host of alternatives to nuclear. It seems of course that the president, in particular, is hell-bent on the nuclear option to provide South Africa with 9 600MW of nuclear power.

The draft 2016 Integrated Resource Plan (IRP) should be the primary policy guide and describes a future energy mix that includes, but is not limited to, nuclear energy. But, aside from the IRP, the National Development Plan has a clear commitment to an ‘energy mix’ which would include renewable energy sources.

The government seems for some reason to be relying on the 2010 IRP that suggests that 9 600MW of nuclear power is needed. Its pursuit of nuclear above everything else is confusing in many ways.

Joemat-Pettersson was on record as saying that the deal would create thousands of jobs and also ‘place a considerable order to local industrial enterprises worth at least $10 billion’. That really did sound like arms deal déjà vu and the so-called National and Defence Industrial Participation programmes. The nuclear deal would, in fact, dwarf the arms deal of 1999 in both size and potential for corruption.

In 1999, then Treasury official Roland White warned that South Africa’s commitment to the arms deal would depend on its ‘appetite for risk’. The failure of the arms deal and the corruption associated with it have caused an inestimable amount of damage to South Africa’s democracy and its institutions. It’s worth learning the lessons of the past.

Section 217 of the constitution is clear regarding procurement processes when it says they should be ‘in accordance with a system which is fair, equitable, transparent, competitive and cost-effective’.

Parliament also has a constitutional duty to ensure that it exercises oversight over the executive, and can now redeem itself after its failure to deal with the breach of procedure by the minister in tabling the international agreements mentioned above.

The bold high court ruling shows that this nuclear deal is all of our business, and there can be no place for secrecy when the state is about to commit South Africans to billions of rand in expenditure and bind future generations to potential crippling debt.

Doubtless, Zuma will seek to appeal the ruling and forge ahead despite it. His patronage network has allegedly set itself up to rake in billions from this deal and he has after all shown a casual disregard for the courts and has little appetite for accountability.

Given the intense scrutiny from the public and civil society organisations, this will prove challenging. At the very least the potential deal will be held up by court processes that will be inconvenient for those who stand to benefit from it.

Zuma once said democracy is a ‘funny thing’. His associates must be standing in the wings somewhat irritated and perhaps not finding it so funny after all.

Barack and Michelle Obama have barely left the stage — it’s been a month — and already the U.S. press are gripped by nostalgia. …