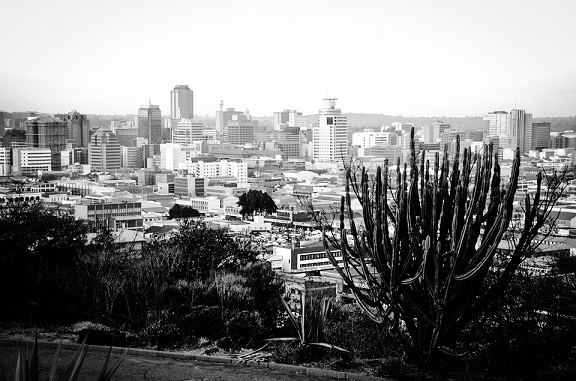 The death of opposition heavyweight Morgan Tsvangirai robbed Zimbabwe of the strongest challenger to Robert Mugabe for almost 20 years – and no successor will be able to emulate him fully. Mugabe has now gone, but Tsvangirai’s party, the Movement for Democratic Change (MDC), is bitterly divided.

The furious machinations among his rival successors were downright indecent. After much bad blood, Nelson Chamisa was appointed the MDC’s leader, but the party’s faultlines are such that he will not bind them in time for national elections this year. More to the point, none of the rivals actually put forward a policy platform. We have no idea what kind of Zimbabwe any of them, Chamisa included, wishes to build.

The right to inherit also marked the vicious power struggles in ZANU-PF before Mugabe finally fell. Neither Grace Mugabe nor Emmerson Mnangagwa talked about policy, planning and, above all, how the country would attract investment and liquidity to its bankrupt economy.

Since assuming the presidency, Mnangagwa has made all the right moves and all the right noises, to persuade the West he is economically competent and politically savvy. But so far, no significant inflow of funds is forthcoming. Not even the Chinese seem impressed. Instead, everyone is waiting for the elections Mnangagwa has promised will be held before July.

This will be the first proper litmus test of Zimbabwe’s new order – not just the conduct of the elections themselves, but the shape of the post-election cabinet. Will it still be militarised? And will the opposition get a token seat or two? No one yet knows. But what’s clear already is that the opposition is most unlikely to take control itself.

Bitterly divided, technically unprepared for an election run with new biometric technology, and unable to make common cause with those expelled from ZANU-PF, the opposition is already predicting it will lose because the government will cheat.

But that’s not a foregone conclusion. It may be that ZANU-PF for once actually trusts its own party organisation and manages to announce a set of clear policies and leave the feeble, disorganised MDC to emulate them. That might just be enough to win the election fair and square.

Still, while the government will want at least one quick, clean “win” before the election – probably some breakthrough in terms of foreign direct investment – it’s hard to see where it will find one. It won’t come from the West, and the Chinese are wary of being forever associated with Mugabe’s fall and the immediate consequences.

In any case, they are as anxious as anyone else to see Mnangagwa actually clean up corruption and ensure that what money they send him isn’t simply siphoned off.

But clearly, China is mostly just happy to see Mugabe gone. Economic competence and administrative success are at the core of the modern Chinese model, and the abysmal late years of Mugabe’s presidency were anathema. And for all that Mnangagwa is making the right noises, the Chinese, like everyone else, will be wondering why he and the ZANU-PF establishment simply stood by and watched as the country went into disastrous decline.

According to all the old theories of elite formation and the even older ones of class formation, the solidity of society depends on well-defined, well-integrated classes. But Zimbabwe has no countervailing working class, no organised proletariat, no solid revolutionary grouping.

Like its South African counterpart the ANC, ZANU-PF was once a revolutionary force – but like the ANC, it’s now a textbook example of how noble values can decay into sheer venality. Mnangagwa has a long way to go to restore it.

Professor Stephen Chan, OBE has twice been Dean at London University's School of Oriental and African Studies where he holds the Chair of International Relations. He was awarded his OBE in 2010 for "services to African and higher education". Professor Chan was an international civil servant with the Commonwealth Secretariat and helped pioneer modern election observation at the independence elections in Zimbabwe in 1980. He was afterwards invited to Oxford twice, as a visiting fellow. He has worked throughout Africa, most recently in South Sudan and has worked throughout Africa on diplomatic and academic assignments. Professor Chan continues to work in Africa regularly and was elected Honorary Professor of Humanities by the University of Joburg and has been Honorary Professor at the University of Zambia, winning the 2010 International Studies Association prize, Eminent Scholar in Global Development. He has published 28 scholarly books, 5 volumes of poetry,  2 novels and broadcasts and lectures internationally.

Mugabe crumbles – but it’s too soon to celebrate in Zimbabwe

It seemed that Robert Mugabe, the 93-year-old Zimbabwean president, would rule his country until he died – but in the end, his fall was…