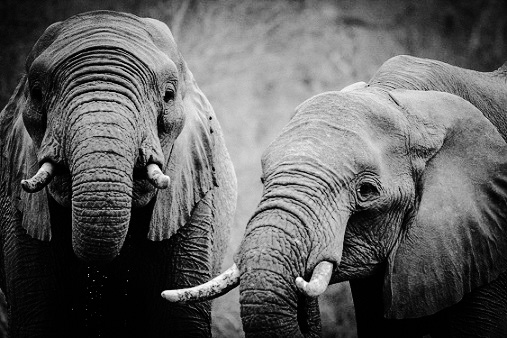 There are formidable risks preventing ANC president Cyril Ramaphosa and his allies from outrightly firing South African President Jacob Zuma. It is forcing him to negotiate an exit deal, in the process dragging out Zuma’s exit, and causing national confusion, uncertainty and anxiety.

These risks to the ANC and Ramaphosa are also emboldening Zuma to dig in his heels for as long as possible. It makes it difficult for Ramaphosa to eject him in the same manner Zuma pushed former state president Thabo Mbeki out of office.

To assuage these risks, Ramaphosa has tried to secure the voluntary resignation of Zuma.

Ramaphosa was selected ANC president at the party’s December 2017 national conference with a slim majority of fewer than 200 votes against his rival, Nkosazana Dlamini-Zuma, the former wife of Zuma and his handpicked successor.

Furthermore, the ANC’s new leadership structures post-December are evenly balanced between Ramaphosa and Zuma supporters, meaning that a backlash against firing Zuma could potentially see a “50-50” split in the ANC.

Ramaphosa and his allies are unsure whether they would be able to secure a majority if there is a vote of no-confidence at the ANC’s national executive committee (NEC).

If the ANC does call for a vote of no-confidence at the NEC and Ramaphosa loses, his authority would be almost irretrievably broken. This means that he feels obliged to seek a negotiated exit solution that will appease the Zuma faction.

The ANC and its alliance partners, the SACP and Cosatu, have a misguided principle of not officially voting with the opposition. They would further want to show that they’re able to push out their own wayward leader, and not the opposition.

This means that there may be a possibility that ANC MPs who are opposed to Zuma would vote against the motion, or abstain, on February 22, allowing him to remain in office. This will publicly undermine Ramaphosa’s authority and strengthen the hand of Zuma and his faction in the ANC.

If ANC Members of Parliament do vote for the parliamentary motion, the opposition parties will, of course, capture the moral victory of bringing down a sitting ANC president, when the ANC could not do this by itself.

Such an opposition-led victory would unleash recriminations within the ANC itself, deepening divisions, and would undermine Ramaphosa’s grip on power. It may also carry the opposition to a coalition win in the 2019 elections.

Zuma has in the past threatened to form his own party if forced to do so. Such a party would be based in rural provinces, including sizeable chunks of KwaZulu-Natal, as well as former provinces run by the “Premier League” of provincial leaders – Free State, Northwest and Mpumalanga – Zuma’s past allies.

A new party, led by Zuma, with rural support, would be able to challenge a Ramaphosa-led ANC in the 2019 national elections.

Zuma may reckon that if a new party at least secures 5% of the national vote or around 1 million voters, it would be difficult to prosecute its leader without it being seen as “political”.

When Julius Malema, the former ANC Youth League leader formed the Economic Freedom Fighters (EFF), and the party secured more than 1 million voters in its first election, it became very difficult in the South African political environment to prosecute him for alleged corruption without it being seen by significant numbers of people as politically driven.

There is also the unstated threat of violence and destabilisation by Zuma’s supporters, especially in the volatile KwaZulu-Natal, where opportunists could potentially frame it in terms of ethnicity as a “Zulu” leader being marginalised in the event their man is seen to be forced out.

Zuma has shown in the past that in order to save his own skin he is prepared to look the other way if supporters use violence and ethnic mobilisation in his defence.

Zuma can go to court and interdict the ANC, based on the argument that his presidential term only ends in 2019, and that it would supposedly be unconstitutional for the ANC NEC to sack him. This would delay his exit and cause a leadership vacuum in the ANC and in government.

Zuma himself is a combustible person to negotiate with – as he evidently lives in a parallel universe to norm. For example, despite the mountains of corruption allegations, the more than 700 criminal charges and the pending “state capture” inquiry, the president does not think he has done anything wrong. Astonishingly, many of his supporters agree.

This is encapsulated in the fact that Zuma apparently told ANC top six leaders who asked him to voluntarily resign on Sunday that he “did nothing wrong” and that “he paid back the money” after using public money to refurbish his private compound in Nkandla.

He also apparently repeated that notorious phrase often used by many out of touch dictators before they inevitably get the axe: “The people still love me.”

Zuma faces his own risks if he resigns. He is facing the reinstatement of the more than 700 charges of corruption, fraud and racketeering which preceded his election as state president in 2009. He is also facing the “state capture” inquiry which will investigate his alleged corrupt dealings with the controversial Gupta family.

Alternatively, the Constitution could be changed to provide for immunity for South African presidents going forward. However, this will need a two-thirds parliamentary majority, which is very difficult at the moment given that the ANC does not have a two-thirds majority, and its parliamentary caucus is divided, with some wanting Zuma to face the music, and others either supportive or neutral.

The opposition parties – whose support would be needed to secure a two-thirds majority – would likely oppose such a motion.

Zuma’s view is that the constitutional rules, laws and norms are subservient to the ANC diktat, so he is rather flabbergasted that Ramaphosa and the ANC would not bend the rules to give him immunity from prosecution.

In fact, Zuma sees this – the refusal to bend constitutional rules to benefit him – as clear evidence that Ramaphosa and his allies are out to get him.

Finally, Zuma has in the past threatened that the moment he is prosecuted he will reveal compromising secrets of ANC leaders. As former head of the ANC’s Military Intelligence in exile, and his allies’ control of the crime and state intelligence, Zuma certainly sits on dossiers of dirt on many ANC leaders.

Ultimately, it will still be better for Ramaphosa to go for broke to regain the political initiative by firing Zuma promptly, to show who is in charge, even if that risks Zuma forming his own party to challenge the ANC.

It is very likely that few ANC leaders, members and supporters would follow Zuma if he does break away. Power of patronage vested in the president and governing party may mean that many ANC leaders would rather take their chances to stay with Ramaphosa and retain their benefits, positions and income than go with an untested new party, and possibly lose all.