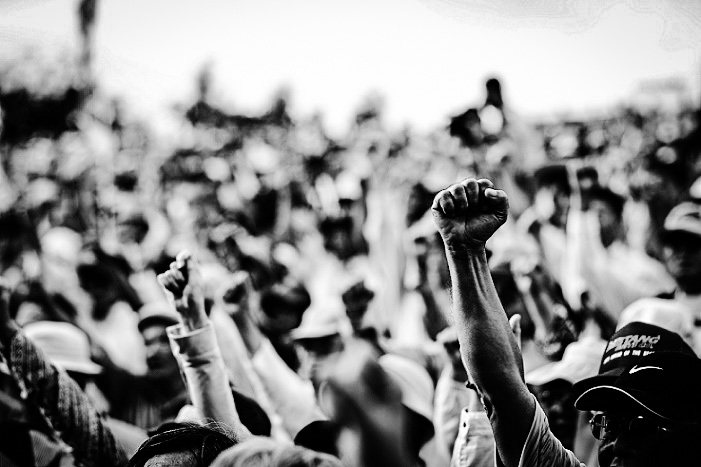 As we inch closer to the end of the year, the ANC elective conference is preoccupying the mind of any conscientious observer of South African politics.

The ANC is at a tipping point. And given how central this liberation movement has been to the political life of this country pre and post apartheid, the crisis in the party ripples through the entire body politic. It ripples across as crises of governance, of stagnant development and growing inequality.

The question that should be exercising our minds is how do we safeguard democracy?

There is no democracy in the world that is identical to another. Every society that has democratised is the product of its own history and sociological evolution.

But every society has to decide what it will make of democracy. It’s not a one size fits all.

As a starting point, it’s important to identify the biggest threats to the kind of society envisioned in the country’s constitution: an equal, fair and just society.

Whereas apartheid worked on the premise of race as a basis for distributing rights and resources, without making a pretense to rational legal notions as justification, the contemporary democratic state is premised on neo-patrimonialism where rights and resources are distributed on the basis of personal interests – using public resources for private ends.

Neo-patrimonial systems are hybrid systems, a mix between personal rule and bureaucratic government; a coexistence between the constitutional state and the shadow state as outlined by the State Capacity Research Project in its report Betrayal of the Promise, an analysis of state capture.

Although the legal principles on which the contemporary state are founded differ remarkably from that of the apartheid state, these principles are subverted by the logic of patron-client relations that permeate the state at the local and national levels.

But the results are similar: an alienation of the large majority of the population who find themselves voiceless and marginal in the development process.

The recourse to not just protest but violent protest as a reaction and response to this alienation has been aptly documented by researchers.

The legal rational aspects of our democracy, or the constitutional state, are not a myth. There are mechanisms by which all citizens are accommodated in deciding the allocation of resources and priorities for service delivery.

The problem is not the lack of these participatory platforms but their misappropriation by bureaucrats and councillors for their own political and patrimonial ends.

It’s not that branches of the ANC do not exist but that the branches are dysfunctional. They are the markets where buying and selling of support, of favours, of positions, is done.

It’s not that the people do not speak, it’s that what they say is disregarded, ignored or used to rubber-stamp agendas that have nothing to do with the improvement of their lot.

As Tom Lodge puts it: “Both within the ANC and in the wider political system patrimonial behaviour interacts with norms that reflect bureaucratic legal rationality as well as democratic procedures: that, after all, is the hallmark of a neo-patrimonial polity.”

This is a malaise that permeates all arenas of our societal life.

There is no clearer evidence of the general and growing disillusionment with the subversion of the constitutional state than the culture of protest – the proliferation of invented spaces.

There is a growing feeling that the invited spaces – constitutionally mandated platforms of public consultation and participation – are ineffective.

For this reason, citizens may find it tempting to abandon these. But this is not the answer.

To safeguard our democracy we need a dual strategy. As citizens, we must not only continue to flood the streets – invent spaces – we must swell the imbizos and the town hall meetings.

We must speak and shout until we are heard and be visible until we can no longer be ignored.

Nompumelelo is a thought leader with a solid track record in policy and political analysis. She is featured regularly in online and print media, as well as on radio and television. With years of experience as a communicator and researcher, she has authored and contributed to books, papers and articles. She writes a weekly column that has been running since 2014 for the Sowetan, South Africa’s second biggest daily newspaper, providing analysis on sociopolitical developments that have implications for democratic consolidation and deepening and governance in the country. Nompumelelo has a background in academia and has been a part-time lecturer at the University of Pretoria’s Department of Political Science since 2016 where she is currently pursuing her PhD under a Mellon Foundation Scholarship. Her research focus is analysing the effects of social media on political agency and implications for democratic consolidation and deepening which uses social media use among Fees Must Fall activists as a case study. She holds a BSocsci in Industrial Sociology and Labour Studies, BA (Honours) in Political Science as well as a MPhil in Multidisciplinary Human Rights from the Centre for Human Rights at the University of Pretoria where she wrote a minidissertation on the constitutional reform process in Kenya with a particular focus on the appointment of judges and the implications of judicial reform for democratic consolidation.

LEADING IN THE ABSENCE OF LEGITIMACY

The state is so compromised that it might be unable to lead problem-solving at SA universities. Last week advocate Nomgccoba Jiba, deputy national director…