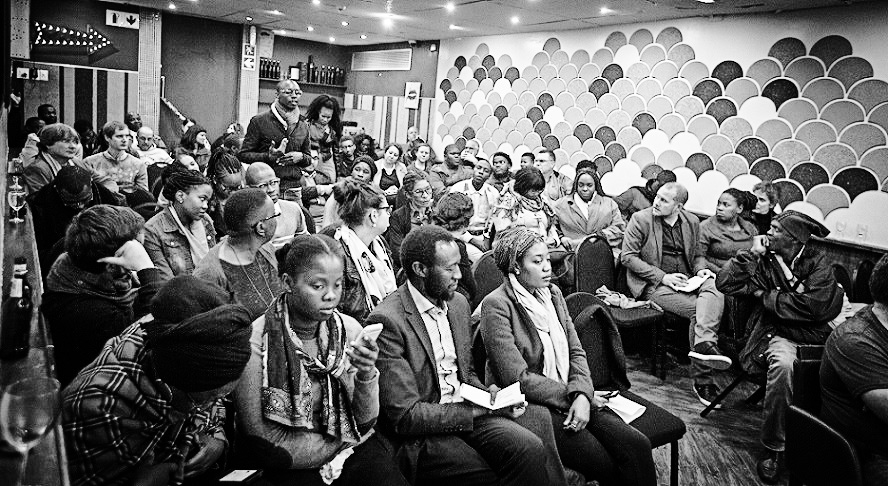 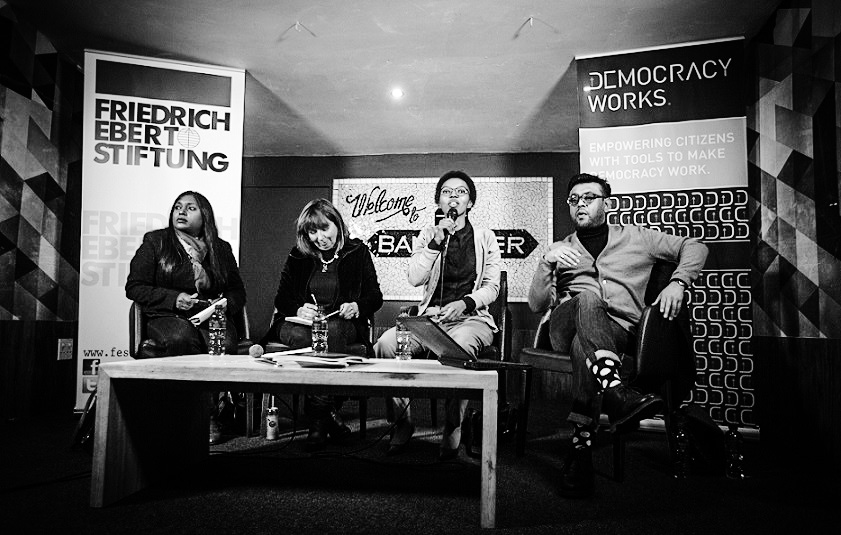 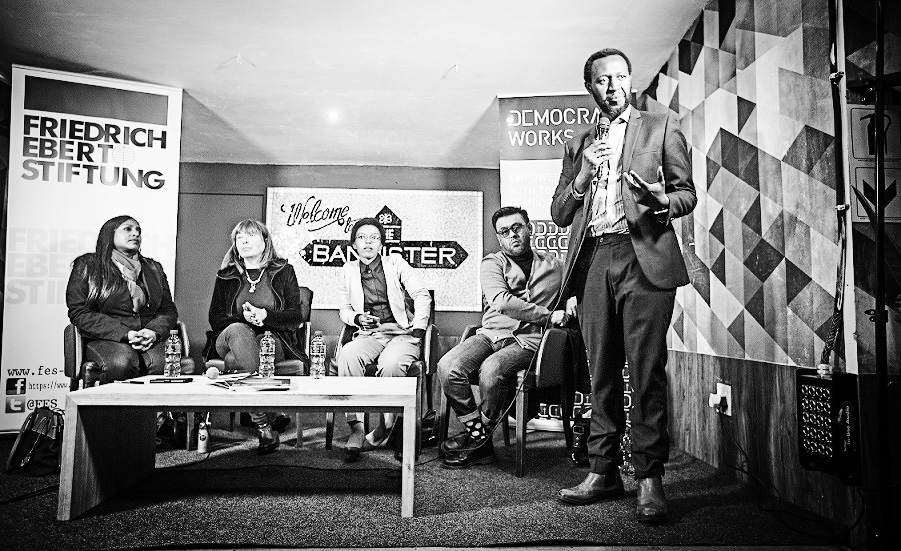 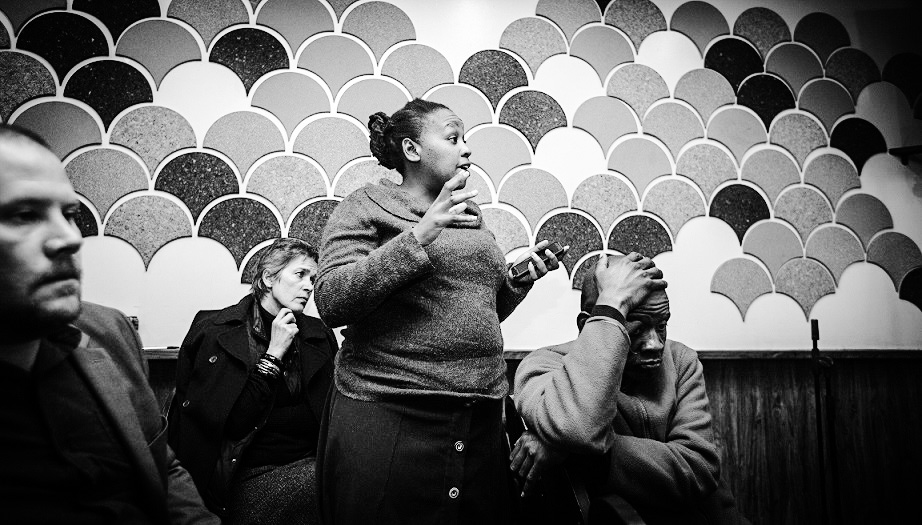 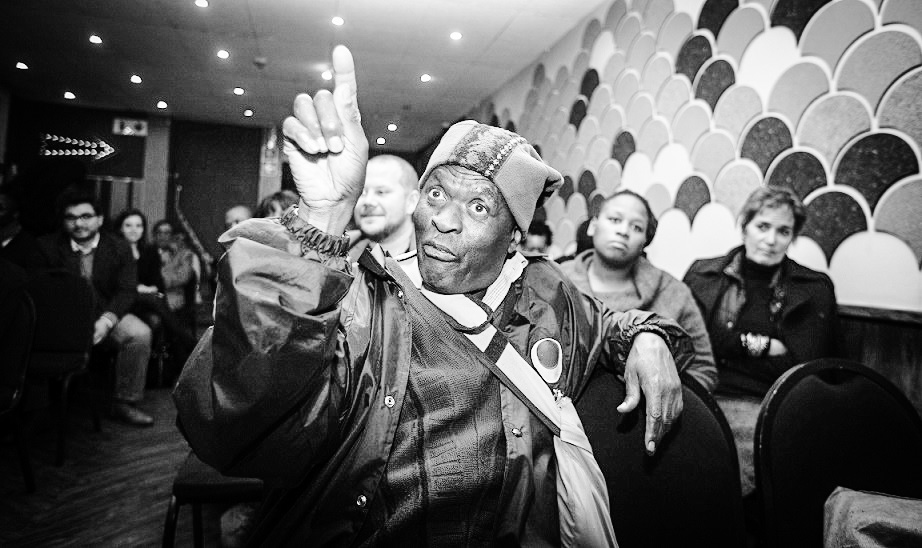 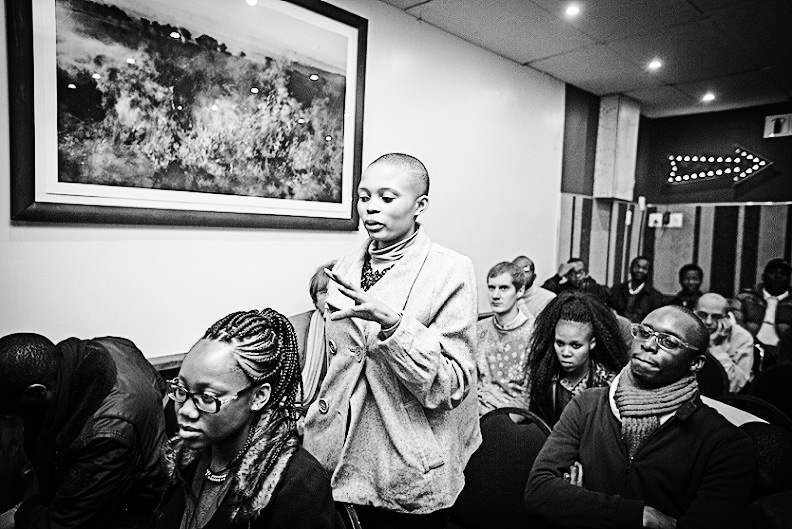 Democracy Works Foundation’s third Political Café on 27 July was held at The Bannister Hotel, Braamfontein with a discussion that posed the questions: “How do we, the people, hold political parties accountable, and do we?”

Facilitated by author and independent analyst, Nompumelelo Runji, the panel consisted of political analyst from the Wits School of Governance, Professor Susan Booysen, Natasha Marrian, political editor of Business Day and Ebrahim Fakir, Manager of Governance Institutions and Processes at the Electoral Institute for Sustainable Democracy in Africa.

Runji kicked off by saying that in a democratic state, elections are regarded as the primary mechanism of democracy.  “Before we can evaluate the effectiveness of voting, we need to understand the concept of accountability in the first place. But for that to happen the government must be responsive to the electorate”.

“The electorate must have the power to sanction and elections provide that power. It’s a once off chance. You get an opportunity to reward or punish a party for not performing. You can also give another party a chance.  There is a popular belief that South Africans do not vote on performance and that their vote is based on identity and partisan loyalty. Is this true or if not, what does form voting patterns in South Africa”, she asked?

Fakir said he believed that there is a dichotomy which makes the assumption that we are fixed in our political entities and that South Africa’s political behaviour is essentially, at election time, a racial, or as Bill Johnson calls it, a “racial census”.

He added by saying that the term ‘identity politics’ has been thrown around a lot, of late. Talk of race, LGTB, ‘Rhodes Must Fall” and even ‘Fees Must fall’ must fit into this idea of identitarian politics. “And look where it has left us in terms of this election campaign. You have one party, who took the question of race and identity and started using them as a spear for its campaign, in spite of the fact it has a very sophisticated election manifesto. The other party, the Democratic Alliance decided if they went for jobs and unemployment on the premise that the government has not delivered on jobs, the electorate would punish the ANC”.

“Change has to come in political culture. We need interventions in the institutional regulatory environment and in the political behaviour tirade.

Answering the question which of the hot issues, like Nkandla, E-tolls, Nkandla, Marikana, or the allegations of state capture made the most impact on voters, Marrian said, “Every five years it is up to the citizens to decide what issues are important.

“In the last two weeks of the election, the ANC went into overdrive discussing local government issues and the DA countered it talking about Nkandla and E-tolls”.

Booysen said the local government elections were such a small part of overall democracy.

“Racial issues are deeply rooted in our society.  The ANC manifesto of 1994 made all sorts of promises on service delivery. By 1996 when the constitution was adopted, people were asking what had happened to those promises. But if the opposition took power, would they be able to deliver on their promises”, she asked.

Fakir said he believed that parties should be able to say what they want and the right to make false promises should not be limited. “If we have the rights as citizens, we also have the right to discern how we want to choose with regards to what parties say to us. I don’t think protests are based on the delivery of false promises, they are based on the failure of institutions to function and a failure of democratic governance to deliver”

Booysen concluded by saying that there is a huge cynicism of political parties across the board which is why people continue to vote for reasons of identity.

Sarah Hudleston is an author and freelance journalist, copy editor and researcher who has a keen interest in politics and socio-economic issues. She previously worked for Business Day, the Centre for Development and Enterprise And Wits Business School where completed a short term contract researching  the history of the Kagiso Trust. She has also worked as an Account Director in a Public Relations firm, as well has fundraised for a small education non-profit organisation. She lives in Johannesburg and is a single mother to a 13 year old daughter, for whom she hopes to help make South Africa have a bright and equitable future.

Can the Democratic Alliance chart a way forward for liberalism and rid itself of a pernicious form of whiteness, asks Christi van der Westhuizen….