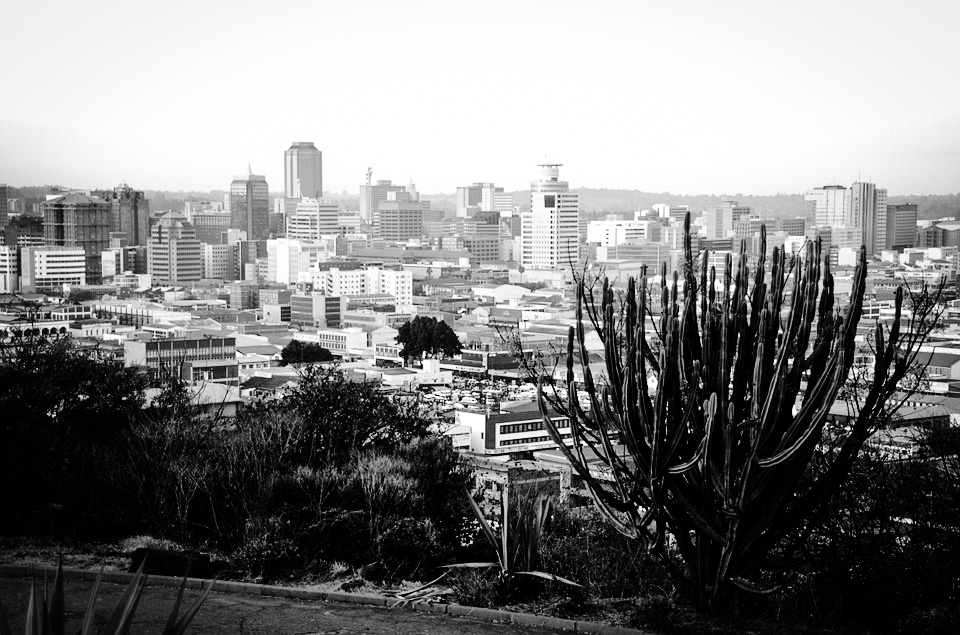 After the resounding win (warts and all) by the Zimbabwe African National Union-Patriotic Front (Zanu-PF) in the elections of July 2013, doom and gloom hit many of those in the country’s pro-democracy and civil society movements who were hoping for a different result — one that would see the country make the much-desired transition from nationalist authoritarianism to a liberatory, human-rights based democracy.

The elections shifted the terrain of change from the domination of the opposition Movement for Democratic Change (MDC) in its various forms and its civil society allies to the dictates of a re-energised Zanu-PF.

The election result has mortgaged Zimbabwe’s future transition to the ruling party’s protracted and murky succession politics, and the knives are out or being sharpened in readiness for the day when President Robert Mugabe is no longer in power — either because he has died or is too incapacitated by old age or illness to continue ruling.

The transition will be dictated by two factors: economic policy and the inter-generational political fight.

Mugabe’s 10-point plan on the economy indicates a return to orthodox neoliberal economic policies. The International Monetary Fund’s Staff-Monitored Programme (SMP) and its debt repayment strategy have been adopted, the Supreme Court has made a ruling affecting the common law that makes it easier for employers to terminate workers’ employment, and the taxation on beneficiaries of restituted land is being enforced.

On the political front, it is a case of “talk left, walk right” as the ruling party continues to espouse the radical rhetoric of indigenisation to keep the voting masses on side while at the same time government policies indicate a return to neoliberal, market economics.

The intense jockeying for power and the resultant internecine struggles in the ruling party over who will eventually take over from Mugabe are marked by, among other competing factional interests, the struggle between the liberation-war old guard and the younger, post-liberation generation, known as the G40 (Generation 40).

Does the capitulation to neoliberal economic policies and the political signals emanating from the government indicate that Zanu-PF is undergoing a transformation process similar to that experienced by Tanzania’s Chama Cha Mapinduzi (Party of the Revolution) in terms of policy and political direction? Tanzania’s ruling party, which once espoused Julius Nyerere’s Ujuamaa socialist policies, later pursued economic liberalisation and free-market reforms under pressure from the International Monetary Fund and the World Bank.

Zimbabwe has entered into a lengthy and difficult transition period in which internal Zanu-PF politics is a key determinant, and traditional good governance notions and the conceptualisation of civil society needs to be restructured to adequately respond to the shifting terrain.

Soon after the 2013 elections, Zimbabwe initiated a re-engagement plan with international financial institutions and western countries in a bid to normalise decades of sour relations. The most notable pointers have been the successful completion of the first and second stages of the IMF Staff-Monitored Programme and ultimately the endorsement of the country’s debt- and arrears-clearance strategy in Lima, Peru.

Mugabe’s State of the Nation address in September 2015 introduced a 10-point plan whose key objective was to make it easier to do business in Zimbabwe, assuage investors’ fears and reinforce the notion that the country is open and ready for business.

Independent Zimbabwean blogger Takura Zhangazha summarises the plan as a brief end to ideological ambiguity: “For radical nationalists [and] indigenisation supporters, this speech will, therefore, be a disappointing one,” he writes. “For liberals and free market advocates, it will be sweet music to their ears … government’s economic template is essentially neoliberal”.

While there have been public spats between a few government ministers over the direction of the country’s economic policy, the message from key state institutions such as the presidency and treasury has been clear and consistently in favour of neoliberal economic reform.

Reserve Bank Governor Dr John Mangudya’s statement that Zimbabwe has no alternative but to pay its creditors solidifies the policy change argument. The government is implementing orthodox economic reforms to unlock new funding for capital projects in order to resuscitate the struggling economy.

But the treasury is still, obviously, in trouble. The repeated postponement and late payment of public service salaries last year and the government’s failure to pay civil servants their December salaries and annual bonuses indicate that all is not well on the financial front. The army and police were, of course, paid on time — the government would never risk alienating these two essential pillars of its power.

Zimbabwe’s political landscape has been experiencing seismic shifts of tectonic magnitude in recent months as competing political factions in Zanu-PF seek to strategically reposition themselves to ascend to state power. Mugabe’s advanced age and growing speculation over his health adds currency to the succession debate among Zimbabweans in general.

In Zanu-PF, the succession debates saw the purging of Vice-President Joyce Mujuru at the party’s December 2014 congress and the elevation of her long-time nemesis Emmerson “the Crocodile” Mnangagwa to the vice-presidency. And now the factional fights have shifted, pitting Mnangagwa’s “Team Lacoste” of liberation-war veterans against the younger, post-liberation G40, who are backed by Mugabe’s wife, Grace. (Team Lacoste, incidentally, gets its name from the fact that the Lacoste clothing label’s logo is a crocodile).

Grace Mugabe has been holding rallies countrywide and, at one stage, doled out agricultural implements from a Brazil loan facility to Zanu-PF supporters, much to the chagrin of the opposition.

Mnangagwa’s supporters and those who back Grace Mugabe have clashed in the media and at national events, and a new slogan has emerged in Zanu-PF: Munhu wese kuna Amai (Every person should render support to the First Lady). The G40 faction argues that by supporting Grace Mugabe, they are demonstrating their loyalty to her husband.

Given the events leading to Zanu-PF’s 2014 December congress and the purging of Mujuru and her allies, the tone of Zanu-PF’s 2015 December conference was set by its political commissar and the head of the party’s powerful commissariat, Saviour Kasukuwere, who berated unnamed senior officials at a rally in Chiweshe district for wanting to remove the president before his term ends. The recent Chiweshe rally, held by Grace Mugabe, was a daggers all-out affair against Mnangagwa as speaker after speaker from the G40 took turns to berate Team Lacoste. The editorial U-turn by the Zanu-PF supporting Herald newspaper, which reported on the event but had previously blocked coverage of the G40, also indicates which faction has the upper hand at the moment.

Zanu-PF’s December 2015 conference saw Mugabe praising the party’s commissariat and the Women’s league, led by his wife, for doing a sterling job. These endorsements by the president seem to indicate that he has given a tacit thumbs-up to the G40.

The Women’s League passed a key resolution at the conference to have a woman represented in the party’s presidium (it’s supreme, four-person decision-making body) — and while the resolution was not formally endorsed by the conference the mere fact that it was raised may have a bearing on the succession dynamics within Zanu-PF.

The emergence of the G40 and the traction it has gained in Zanu-PF may speak to a process of political reform within Zanu-PF. The seemingly imminent departure of Mugabe necessitates this institutional change in the party as competing factions seek to strategically position themselves for the day when he is no longer in power.

Constitutionally, Mugabe is left with one possible re-election in 2018 (by which time he would have been president for 38 years), but his advanced age (he will turn 92 on February 21 this year) and reportedly failing health means an act of God may usher in a new era or prevent him from seeking re-election in 2018. A post-Mugabe period has become a reality — it is just a question of time — and it has led to intense jockeying and political positioning by his aspiring heirs.

The reported alliance of Grace Mugabe and the G40 has made Zanu-PF succession politics murkier than ever and the inconclusiveness of Zanu-PF’s December 2015 conference as to a clear winner between the G40 and Team Lacoste points to a continuation of the succession conundrums in the party.

What has become apparent is that the remaining old guard in Zanu-PF face a generational revolt from the G40 young Turks.The revolt has become more apparent given the events leading up to the first meeting of Zanu-PF’s politburo this year (held on 10 February) after the party’s December 2015 confrence. The G40, through Higher and Tertiary Education Minister and politburo member Jonathan Moyo, defiantly launched a social media blitzkrieg against Mnangagwa and his Team Lacoste with apparent impunity, despite Mugabe’s ban on party members abusing social media for factional reasons.

In addition, Sarah Mahoka, the Women’s League secretary of finance, recently challenged Mnangagwa to come clean on his presidential ambitions and warned that he could risk becoming a victim of his own machinations if he did not publicly declare his interest in succeeding Mugabe.

A key outcome of these political events has been the delegitimation of the liberation narrative — the ideological preserve of the war veterans and securocrats in justifying their authoritarian rule. This mirrors the events leading to the ouster of Mujuru and her supporters.

For now, the G40 will have to contend with Grace Mugabe playing godmother and using her influence with her husband to elbow out potential aspirants to the leadership from the old guard. On the other hand, Mnangagwa and Team Lacoste are caught up in the dilemma of trying to avoid the same fate as Mujuru while at the same time avoiding the danger of being extinguished from the political scene if they do not act.

While Zimbabwe’s politics has become a “Game of Thrones” and its economic orientation signifies an ideological U-turn, the transition is proving to be a very messy affair.

The major challenge now for civil society is how to navigate the dangerous currents swirling about in this destabilising period of transition and to reposition itself to help take Zimbabwe into a new era of a vibrant and truly liberatory, human-rights based, participatory democracy.

*This article has been published by the SABC and can be viewed on their website here.

Africa is a youthful continent: We need a new generation of young leaders

A new report by the Centre for Development and Enterprise (CDE), has highlighted the urgency for the South African government to take the rising unemployment statistics in…