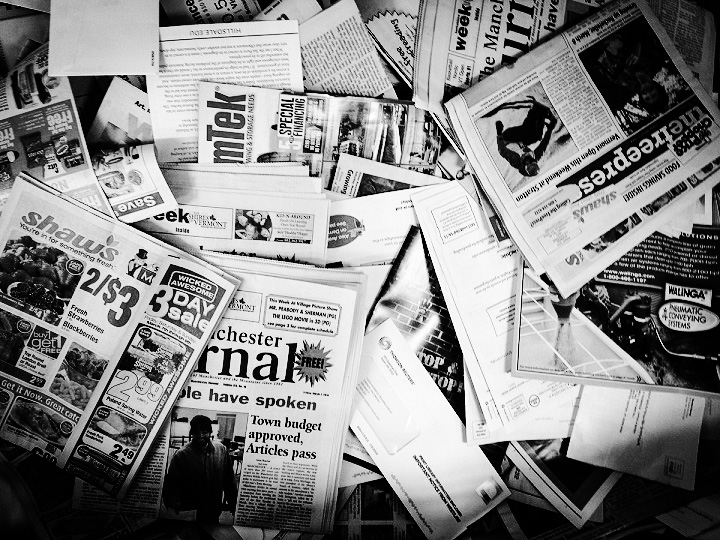 The challenge for South Africa is how to overcome the legacy of deep-seated individual, institutional and everyday racism that persists long after official apartheid was scrapped from the statute books.

It is in the media that South Africa’s race, equality and transformation debates are being waged and fought. How should the media transform to effectively report in a racially divided society?

Using the framing of US feminist Elizabeth Martinez, racism in South Africa can be described as a “system, a web of interlocking, reinforcing institutions”, including economic, social, cultural, educational and media organisations. Racism is systemic.

It comes in multiple forms in South Africa. Institutional racism is defined as the “the systematic distribution of resources, power and opportunity in our society to the benefit of people who are white and to the exclusion of people of colour”. Institutional racism is embedded in most of South Africa’s institutions: state bodies, private companies, churches, schools, universities, police, media and the courts.

It is often disguised in the supposedly ‘standard’ operating procedures, practices and behaviour of institutions and organisations which everyone has to follow – but which is skewed against blacks.

Day-to-day casual racism, entrenched from the legacy of slavery, colonialism and apartheid still abounds. Blackness continues to be associated with negativity – crime, rape and failure.

Democracy is often perceived to be failing, not because governing parties or individual leaders are flawed, but because blacks are allegedly not “ready” for democracy. Some white South Africans argue that most poor blacks are in their predicament because of their own doing.

Racism is proscribed in South Africa so day to day racism is now more subtle. The difficulty therefore is that racism, because it is so ingrained, is often unconscious. Just as the police, for example, may put less effort into investigating crimes against ordinary blacks, newsrooms may put fewer resources into covering them.

But racism is not only entrenched in local institutions and individuals, but also in the global relations between countries. Nations seen as ‘white’ such as in the West, are invariably higher in the pecking order than black, African and developing countries.

The current global political, financial architecture and cultural systems are so unfavourable, that policies, decisions and events which are triggered in industrial countries – and over which developing countries have little say – often undermine the well-being of developing countries.

Similarly, global culture is often also infected with racism. In movies, blacks are often portrayed as the criminals or are invisible, while the heroes are whites. Ideas from blacks have a harder time making it into the national or global mainstream.

Many white South Africans appear to be ignorant of the continuing legacy of “white privilege” status – whether as individuals or with regard to the elevated status of Western countries.

The African-American psychologist Peggy McIntosh describes ‘white privilege’ as growing up with the implacable assumption that one’s view of the world, social understanding and ways of looking at things, is the ‘normal’. This is also replicated in companies, international culture – whether in films or thought, quality universities and global media.

But blacks often also perpetuate racism. Shouting ‘racism’ to sideline rivals, for self-enrichment at the expense of the public good, or to deflect attention from our own foibles, undermines the fight against racism.

The American scholar of race, Cornel West, argues rightly that we must “replace racial reasoning with moral reasoning, to understand the black-freedom struggle, not as an affair of skin pigmentation and racial phenotype, but rather as a matter of ethical principles and wise politics”.

One danger is that pervasive racism at country and global levels may plunge black people into perpetual victimhood, never taking accountability for their own individual and country failures, forever blaming racism, apartheid and colonialism, and therefore not being able to actively take control of their own personal and country destinies.

Furthermore, pervasive racism could also lead blacks, according US feminist Elizabeth Martinez “to spend too much energy understanding (their) lives in relation to Whiteness, obsessing about what the white will think? … (which) can become a prison of sorts, a trap of compulsive vigilance.”

What is the role of the media in a racially biased society? The media is the forum where communities and groups are portrayed, both by themselves and by others and to themselves and to others.

The danger is for the media to reproduce the racial biases inherent in society; or for news priorities to be determined through “white privilege” lenses.

In 1968, a National Advisory Commission on Civil Orders established by then US President Lyndon Johnson to explain riots that plagued US cities from the summer of 1964 concluded that in the US media, news reporting were racially skewed with “inaccuracies of fact, tone and mood”, the norm.

Such racial prejudice in newsrooms and reporting are still too often the prevalent in South Africa also.

Should media houses be organisationally totally black to shed their racial DNA? We are a diverse society, and our organisations must reflect that in terms of staff and ownership. Diverse ownership and staff help to make media coverage diverse.

Many of the big media houses have a majority black shareholding. Like the rest of the economy, most of the transformation has been seen as appointing black editors or personnel, rather than changing values. Nevertheless, black ownership or black boards or staff do not automatically mean media houses will cover issues from a diverse perspective.

Additionally, such has been the devastating legacy of apartheid that even black South Africans, including black journalists may internalise white racial negativity about blackness, and report issues through that lens also.

‘Black’ owned media, practising sunshine journalism, uncritically reporting on the activities of the ‘black’ government, and marginalising black journalists or commentators perceived to be critical of a ‘black’ government   simply serve to reinforce racism.

Similarly, ‘white’ owned media who only appoint journalists into senior positions and quote only analysts who view the world from a ‘white privilege’ vantage also perpetuate racism.

The challenge for South African journalists is to refrain from everyday racism or prejudice deeply ingrained in their socialisation.

South Africa is one of the world’s most unequal societies, with inequality running along racial lines. The less equal tend to be more ignored in the media – unless they turn to violence.

If a child victim of crime is white, or perhaps black from a prominent family or one connected to ANC high-ups, he or she is are likely to get more newspaper coverage than a child from a poor area. Likewise, an incident of black failure is also still more likely to be attributed more generally to racial reasons – rather than to individual incompetence or whatever other reason.

When the media brings in outsiders, whether marginalised because of race, gender or class, it will help to contribute to a social consensus that the injustices against them must be redressed.

Reporting on the lives of those who were previously marginalised, the media plays an important role in validating histories and memories of the formerly oppressed, which were dismissed during apartheid.

Media scholar Daniel Lerner argued that the media can help develop ‘empathy’ towards others and different cultures. “It is only when individuals in the society began to open themselves up to the experiences of others outside of their own culture”, that they can transform.

Lack of buy-in for social justice policies to overcome apartheid-induced inequalities for the historically disadvantaged, is often because there is a lack of empathy from those who were historically advantaged.

Black faces, opinion and ideas – the good and the bad – must be integrated into all news coverage.

It is important that the post-apartheid media move away from apartheid-era stereotypes of black people in their everyday reporting. For example, it would be crucial that the post-apartheid media in its coverage do not continue in its everyday reporting to cement in the “public mind” a link between criminality, violence or gangs and particularly communities.

Tough questions must always be asked of official reports, whether public or private, rigorous standards must be applied to evaluate, prioritise and present the news. News judgments have to be more sophisticated, careful, yet skeptical.

Does the media give more coverage to corruption in the public sector, while private sector corruption gets a free pass? Is the executive who gets an R100m bonus while retrenching most of his workers to secure a profit, covered as a hero, while the black worker who demands a living wage is portrayed in the media as lazy?

*This is an edited version of a presentation given at the Institute for the Advancement of Journalism (IAJ)’s Reporting Race Conference, 18-19 October 2016.

The ANC is adrift, and the country with it

Maybe the ANC already does know that it’s in trouble. Mantashe, who somehow manages to annoy a little less than some of his other…