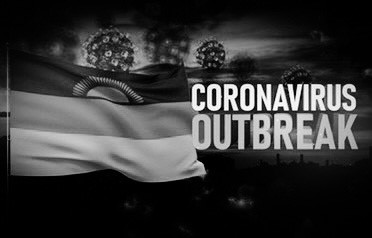 The new coronavirus pandemic is not only wreaking destruction on public health and the global economy but is also disrupting democracy and governance worldwide. It has hit at a time when democracy was already under threat in many countries around the world including Malawi, and it risks exacerbating democratic backsliding and authoritarian consolidation. Already, some governments have used the pandemic to expand executive power and restrict individual rights while others are conniving to use the threat to subvert the course of democracy or suspend other democratic processes. This article reviews the impact of the coronavirus on the state of democratic governance in Malawi based on events that have happened and decisions the government of Malawi has made before and after the outbreak of the coronavirus. It will specifically focus on rule of law, rights and freedoms, government rhetoric, political opportunism and humanitarian situation.

Rights, freedoms and the repression of human rights:

Immediately after neighbouring countries including Zambia and Tanzania registered cases, the Malawi government declared a state of emergency even before a case was registered in the country. Weeks later, the government announced measures aimed at containing the virus which included restricting meetings, movements, closing markets, churches and other social places and later announced a lockdown. These actions have formed the crux of a debate over the balance between personal freedoms and human rights on one hand, and the need to protect society on the other. Faced with a growing health crisis, the government said a lockdown would contain the virus, but rights groups argued that, without a clear package specifically prepared to support the livelihoods of poor households during the lockdown, such a measure infringed upon people’s right to economic activity, freedom of assembly, and association. The judiciary has since ruled against the lockdown as ultra vires.

Various statements by government officials have been laced with nuances of a regime that perceives the coronavirus as a blessing in disguise to be used to sustain itself in power. Barely a week after the first case was confirmed, a cabinet minister announced an indefinite suspension of the voter registration and invariably suspending the July 2 fresh elections. However, frustrations have been expressed by human rights defenders that government is using the pandemic as a scapegoat to remain in power. Government has dismissed these comments and insisted that government is only concerned with protecting the lives of people of Malawi.

The electoral body, probably under the instigation of the executive, and using coronavirus as an excuse, applied for postponement of the elections to a later date, but the courts threw out the application. However, it should be noted that postponing an election means suspending, at least temporarily, people’s right to choose who governs them, while those who continue to govern do so on an expired mandate. President Peter Mutharika is facing fresh presidential elections on 2 July after the courts nullified results of the 2019 presidential elections.

Rule of law and emergency measures

The governments declaration of a state of disaster and the announcement of a lockdown was found wanting. Instead of involving parliament and other key institutions of governance to legitimize actions that mitigate the spread, the government used executive powers to declare a state of disaster and announce a lockdown thereby leaving other actors on the periphery. Government argued that the coronavirus pandemic required quick fix solutions to stop the spread and that involving other actors would waste valuable time in the fight.

Despite the lockdown not taking effect, restrictions on movement and meetings still have a knock-on effect on the livelihoods of many people. In April the Malawi has seen protests against the lockdown across the country. They argued the lockdown would equally kill them as their means of livelihoods through daily wage labour and small-scale businesses would be affected. Currently, small and medium scale businesses are not thriving as people’s disposable incomes have dwindled due to a shrink in economic activity.

THE END OF ‘WESTERN DEMOCRACY’ AS WE KNOW IT? AN OPPORTUNITY FOR AFRICA TO SHOW A NEW PATH. In light of Brexit and the…