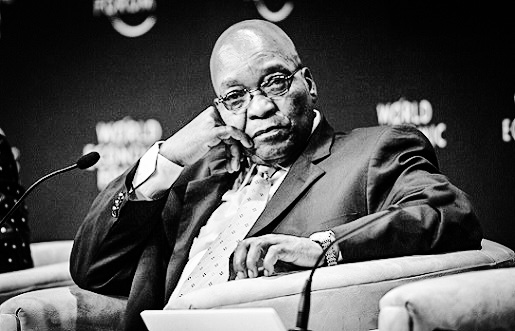 In the vote on the motion of no confidence today, governing ANC MPs faces a clutch of watershed moments which floored almost all African liberation movements turned governments, including members and supporters uncritically supporting flawed leaders, to ostensibly unify the governing party, but ultimately destroying the party, crushing infant democracy and collapsing the state.

ANC Parliamentary Chief Whip Jackson Mthembu said that although MPs have raised concerns over state capture, corruption and mismanagement under President Jacob Zuma, they will not support a motion of no confidence which is sponsored by the opposition, against the president.

ANC leaders want to be seen to get rid of their leaders themselves, rather than being seen to have it done by opposition parties. Mthembu stated: “Because this opposition wants to remove the ANC government. Now, who in his right mind from the ANC desks would then assist such an opposition in removing its government”?

The main opposition party, the Democratic Alliance, sponsored the motion of no confidence vote in Parliament to get the president to resign. Opposition parties have called for the vote to be secret, to allow ANC MPs fearing retribution from the party leadership, affiliated groups and intolerant members to exercise their vote without fear.

Speaker of Parliament and ANC National Chairperson Baleka Mbete yesterday announced that the vote will be secret. Mbete said this was to counter public doubts about the integrity of Parliament, presumably, although she did not say so, given the fact that many ANC MPs fear retribution if they are seen publicly to vote against the party line.

In fact, the single most critical factor that can strengthen democracy, development and peace in South Africa’s and African countries, is for members and supporters of parties, especially governing ones, to vote for other parties and leaders if their own parties do not deliver. They can always return back to vote for their parties and leaders when they become accountable.

But the approach of the ANC leaders over the motion of no confidence also shows that the interests of the party are perceived to be more important than the interests of the country. This is also one of the key reasons why many African liberation movements in power have failed to successfully industrialise, develop or build sustainable democracies in the countries they inherited.

At the heart of successful development, industrialisation and democracy-building are fundamentally to at all times pursue the wider interests of the country first, not the party, the leader or ideology.

But the approach by the ANC leaders over the motion of no confidence also shows the ANC’s narrow view of democracy, like many leaders of African liberation movements, who wrongly argue that democracy only means a vote every five years.

If opposition parties, civil society and ordinary citizens sponsor motions to use Parliament to hold leaders and government accountable, it can therefore not be as Mthembu claimed, setting a “precedent where opposition politicians use Parliament, provincial legislatures and municipal councils to remove democratically elected governments outside of elections”.

In fact, in a substantial democracy, Parliament, legislatures and local councils are other crucial sites, in addition to elections, to hold accountable, and remove corrupt leaders and governments.

One of the other equivalents of an election to hold governments and leaders accountable in democracies is the judiciary. Last year, President Zuma claimed while speaking at the eDumbe Local Municipality in KwaZulu-Natal saying that the courts had now taken over the place of elections. This is wrong. The courts play as crucial a role as elections, to hold elected representatives accountable – and to remove leaders and governments between elections.

Yet, in power, many liberation movements, including the ANC now, have wanted to make civil society an appendage of the party. Civil society groups critical of corruption, mismanagement and autocratic leaders and governments are often labelled as being controlled by foreign, former colonial and industrial powers, supposedly intent on regime change.

State Security Minister David Mahlobo astonishingly earlier this year claimed that civil society critical of government was used as a cover for hostile industrial countries to overthrow the ANC government, and to undermine “the democratic project of nation building and development”. Of course, it is corrupt, unaccountable and undemocratic African countries that themselves undermine the building of democracy, development efforts and peace.

The missing link in post-independence Africa has always been the active citizens, as citizens, after securing liberation, often abdicate power to liberation movement leaders and governments. Citizens often give their formerly good leaders turned corrupt, too many chances, or they often just don’t know the true terrifying magnitude of the corruption, mismanagement and waste, because governing parties and leaders control the official information.

And when ordinary citizens finally discover the depth of the rot, they are often paralysed in disbelief. The brazenness of the kleptocracy, combined with the sheer arrogance of the Zuma circle, has finally galvanized ordinary citizens, ANC rank-and-file, into action.

Many ANC MPs, like elected representatives in other African governing parties, feel they are dependent on the party and its leadership for their living – because the private sector either is nonexistent in many African countries, or controlled by the governing party, or by minorities, as in the case of South Africa. MPs, therefore, vote, not according to their conscience, or to protect the integrity of the party or democracy, but to protect their incomes.

The irony is that if ANC MPs vote to conserve the “unity” of the ANC, to protect their incomes, or to defend their wrong version of democracy, where the party comes first – by supporting President Zuma; they will also vote for the ANC’s ejection, as members and supporters will no doubt desert them in the 2019 national elections. Ultimately, it will lead to the fracturing of the ANC, the loss of power by the ANC, and the loss of their incomes by MPs.

This will mean that the ANC, Africa’s oldest liberation movement, will not be the exception, to the backslide in government, as it members and supporters always believed – including myself, but will go down the same way as other failed African liberation movements.

THE CONSTITUTIONAL COURT ON THE “NKANDLA MATTER”, by Thabo Mbeki

On 31 March, 2016, Chief Justice Mogoeng Mogoeng conveyed the unanimous decision of the Constitutional Court (ConCourt) in the matter of “Economic Freedom Fighters…