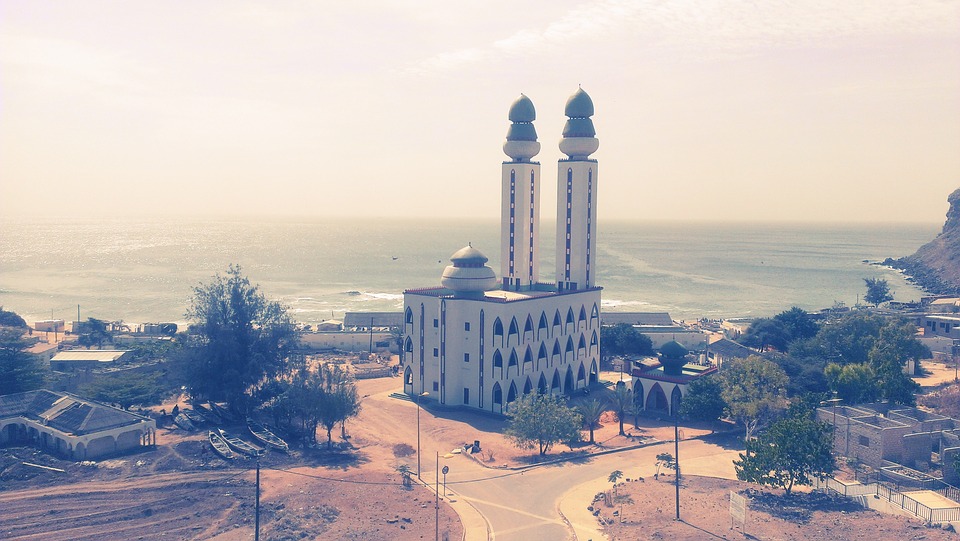 Last year, the economy notched up a growth rate of 4.5 percent, which was its best performance since 2008.

Senegal has underperformed over the past decade – Africa’s golden period of economic growth – averaging only 3.3 percent growth rates, compared to the average 6 percent experienced by sub-Saharan Africa as a whole.

According to World Bank figures, Senegal has grown poorly compared to other non-resource-based African economies. It has also had lower growth compared to its immediate peers in the West African Economic and Monetary Union. The African Development Bank’s 2015 African Outlook reports show that poverty in Senegal remains at 46.7 percent.

Despite its pedestrian economic growth, Senegal is one African country, given the political turmoil in many countries with large Muslim majorities, which has not only been comparably more stable, but where democracy has been more widely embraced as a system of governance. About 85 percent of Senegalese are Sufi Muslims.

Senegal is also one country where a left-of-centre African liberation movement has been voted out of power for failing to deliver, and where new post-independence opposition parties governed for long periods after the party of liberation failed. More importantly, two opposition parties have ruled Senegal since the toppling of the party of independence, which has not returned to power for 15 years.

Leopold Senghor, one of Africa’s leading anti-colonial leaders, at the head of the Senegalese Progressive Union (UPS), became Senegal’s president in 1960. In 1966, he banned opposition parties, and only allowed two parties to register in 1976, when he reconstituted the UPS to become the Senegalese Socialist Party.

Senghor handpicked his successor, Abdou Diouf, to whom he handed power in 1980. In 2000, the Socialist Party, the party of liberation, lost the election to Abdoulaye Wade’s opposition Senegalese Democratic Party (PDS) coalition. Wade, hailed as a democrat, like many of Africa’s opposition party leaders who opposed liberation movements in government, also became as undemocratic as the liberation leaders he opposed and ousted.

Although he initially set the maximum number of presidential terms to two, he himself tried to change it afterwards to suit himself; and also attempted to get his son, Karim, to succeed him.

In 2012, Macky Sall, of the Alliance for the Republic party, won the presidential vote against Wade. Ahead of the elections, opposition parties, civil society and youth groups embarked on public protests calling for more democratic openness and for the ousting of Wade. They rallied behind Sall against Wade in what they called the June 23 Movement (M23).

Among the youth groups were activists led by rap musicians known as the Y’en A Marre (Enough Is Enough) movement, who mobilised the youth to vote. The combined opposition groups issued a Charter for Democratic Governance, which called for strengthening parliament, stronger oversight over the president and executive, and an independent judiciary.

Senegal has a vibrant civil society, a free press, and noisy opposition parties – which are among the reasons why the country has been relatively peaceful; but these ingredients are also an excellent platform for economic take-off.

Last year, the International Monetary Fund (IMF) wrote a development plan for Senegal, called the Plan Sénégal Emergent (PSE), which is centred on three broad structural transformation clusters: upgrading the economy and lifting growth levels to 7 percent a year; improving governance, institutions and security; and developing human capital and social protection for the most vulnerable.

Although this is all necessary, the IMF plan has mostly been written by outside experts, like many of the failed structural adjustment programmes for other African countries, rather than being an indigenous one. Whether locals will internalise the programme is moot.

Senegal, like many African countries, suffers from having parallel sets of laws: the formal rules set out in the country’s constitution, and the customary and religious laws. A crucial reform would be to align discriminatory customary law and aspects of Islamic convention with democratic laws, particularly giving women equal power in marital relations, inheritance, and in business – this would also unleash new energy in the economy.

Women’s rights may be entrenched in the constitution, but they are often ignored. And Islamic and customary law undermine women’s rights. Excluding women from the economy and society means the country cannot function at higher capacity so crucial to lift growth rates.

One weakness is that Senegal’s economy depends heavily on remittances from abroad. Downturns in industrial countries where Senegalese are migrants, would therefore heavily impact on the amounts of money they send home.

Another is that the country has worrying levels of corruption. Opposition parties, civil society and the press regularly report and protest against rising corruption – but corruption is often not vigorously prosecuted.

To transform the economy, the PSE argues for structural reform based on increasing exports, encouraging foreign investment and expanding public infrastructure investment. The key question for Senegal is how to diversify its economy, expand its manufacturing sector, and make agriculture more productive. The challenge is also|to make the public sector more productive, to choose the right kind of catalytic infrastructure to invest in, and to choose the right kind of manufacturing and agriculture products – what its home, neighbours and global market need.

Many African countries have expanded public infrastructure; however, the poor quality of the projects, not integrating the projects within broader development, and vanity projects have often left behind white elephants and debt.

Even the IMF warns that in Senegal “current plans to accelerate public investment will test the authorities’ ability to improve the quality of projects, and could lead to higher debt without commensurate positive impact on GDP”.

Making agriculture more diversified, productive and commercially oriented will not only lift growth, but is crucial to|increase incomes in rural areas, and so reduce the stark inequalities between the poor rural and richer urban areas.

Another central requirement for Senegal’s economic reconstruction must be to reform the West African Economic and Monetary Union (of which Senegal is a member) policy whereby France, the former colonial power, holds 50 percent of the member states’ foreign reserves in a compulsory trust as a part of a colonial era arrangement. At independence, Senegal and 14 other former colonies of France joined a currency union with France, under which the former colonies must agree to use the French Treasury to manage the system.

In practice, this meant that Senegal and former French African countries, although supposedly independent, have restricted control over setting their domestic monetary policy – and therefore broader economic and development policy. Furthermore, the Senegalese economy is still too tightly linked to France. Senegal needs to diversify its trading with other industrial countries, new emerging markets and with fellow African countries.

*This article was published by the African Independent and can be viewed on their website here.

This video features Part Two of the question and answer session of our 26 November 2015 State of Democracy (SoD) debate, “Does local democracy…