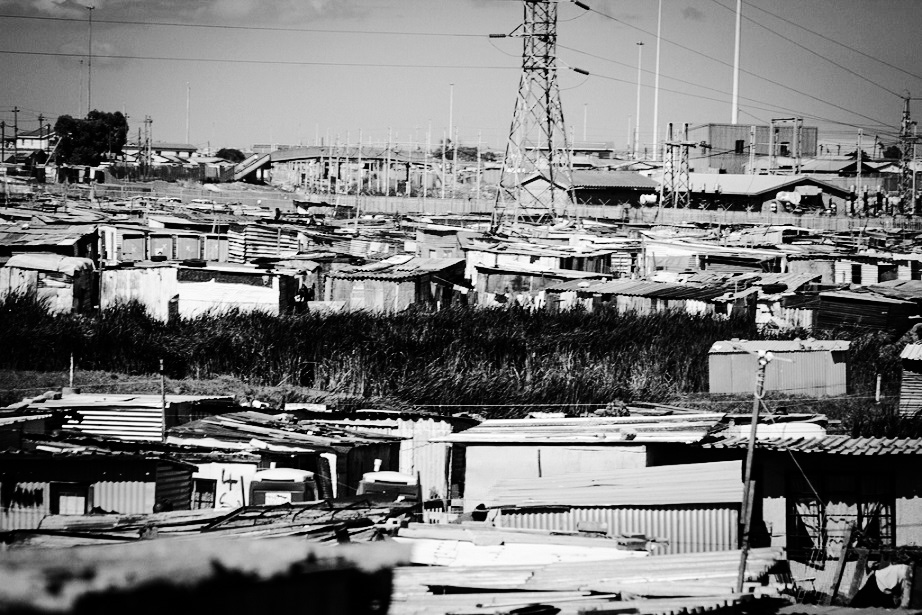 The major challenge facing local government in South Africa has been and still remains service delivery.

The policy ideologies of these three parties oscillate between two extremes: Neo-liberal market driven economics to ‘commandist’ economics. Collectively they are the only parties who have managed to have a national character as well as account for significant seats within the legislative house.

The EFF, under the flamboyant leadership of Julius Malema is the “new kid” on the block, making a lot of noise and appealing to the populist vote, by demanding the nationalisation of mines and calling openly and disruptively for the resignation of President Jacob Zuma. The EFF claims to be socialist yet the material conditions of the South African economy present a quandary as they have not managed to proffer any known economic solution.

Its economic policies are at odds with the reality that South Africa operates within a neo-liberal – as part of BRICS – but shrinking economy, which is no longer Africa’sl largest economy. The EFF is headed towards facing a political quandry  – in the event of an electoral victory – similar to the Bolsehviks after winning the revolution in Russia in that the society was highly feudal and not ready for communism.  The result was Stalinism and forced industrialisation that brought untold authoritarianism to the Russian peasantry, and all was done in the name of development.  The economic and political crisis that continues to haunt Zimbabwe post its 2000 land reform and economic indigenisation programmes are a clear example of the limits of populism. After more than a decade of anti-western policies since 2000, the Zimbabwean ruling class hit a dead end and went back to renegotiate with the West and  its capital.

The political ideologies of the three main parties, whether at an aspirational or policy practice level, are mere myths which present no solutions to the challenge of spatial development in South Africa.

The local governance system, despite the assistance of the South African Local Government Association (SALGA) mandated by the adoption of the Constitution in 1996, presents a continuity of the historical economic architecture, hence increasing, poverty inequality and unemployment. The post 1994 democracy only managed to extend the right to vote, whilst ignoring the socio-economic questions which undermine the same right that has been purportedly given to the public. It creates two public spheres; the rich and privileged and another one of the poor. This creates a democracy where the citizenry face predation from the elite. It creates unequal power relations where politics is reduced to the matters of the belly.

The so called ‘growth and new jobs’ programme has been mainly in the speculative real estate, financial and service industries characterised by low paying, casualised and insecure jobs. South Africa’s economy has largely remained stuck in Ben Fine and Zavareh Rumstojee’s Mineral and Energy Complex (MEC). The MEC is a relic of the apartheid economy and its objective was to prosper a racial minority. The birth of the new South Africa in 1994 extended rights, citizenship and participation in a modern economy to the majority of Africans and brought new demands on government. This has presented a conundrum to policy makers and planners as service delivery continues to plummet.

Interestingly, the major political parties in South Africa have somehow failed to deal with the challenge of spatial planning and uneven development. It seems policy authorities have either been sleeping on the job or just lack the imaginative capacity to resolve these historical questions. The structure of the South African economy presents little room for policy authorities either at the central, provincial or local government to manoeuvre about and bring the necessary transformation. The structure of the economy has been pushed to the limit and can no longer hold.

The EFF has argued for the renationalisation of South African local governance (provincial and local) as a panacea to the current challenges. It further argues for a socialist state to ensure equitable distribution of resources and happiness for all. This poses the question whether the challenge in South Africa is mainly about distribution of resources or not. Yes, it is not disputed that there exists high levels of inequality in South Africa, but the fall of the Berlin Wall in 1989 makes socialism an ideology of the past rather than of the future.  George Orwell’s “Animal Farm”, summarises the experiences of most socialist states in Eastern Europe. The leaders lived double lives: Revolutionaries by day and Connoisseurs of expensive wine and food by night. The lifestyle of the EFF’s leadership style can offer a glimpse into how crass materialism informs the logic of the leadership despite that the party’s ideology speaks to the contrary.

The court case of Nedbank vs. Andile Mngxitama a former EFF stalwart reveals that as a Member of Parliament he earned R80, 000.00 per month and has six properties. The EFF Manifesto launch at Orlando in Soweto, showed the opulence of the leadership. The various expensive brands of automobiles that they drove in that day, can only be paralleled by the Tokyo or London Motor Shows. Patrick Bond summarises this political brinkmanship as talk left and walk right. The EFF’s socialist rhetoric and promise of paradise is very good at capturing the voice of the poor yet at the same time fails to proffer tangible alternatives on how to address the question of spatial planning and uneven development. For instance, how will it build an efficient public transport infrastructure system that is able to respond to residents in communities such as Soweto and Alexandra?

The DA has been a strong proponent of market economics and pushing for privatisation of goods and services to deal with service delivery. It further argues that poor service delivery has been mainly as a result of patronage and poor governance by the ANC.  Indeed many ANC officials have been marred by a string of corruption scandals. However, the politics of patronage argument only speaks to the contemporary challenge and somehow ignores the structural argument of the South African economy.

In addition, the fascination with Market Economics presents challenges for the DA to transcend the accusations of it being a white party simply promoting the status quo. Many people argue that the DA is comprised of a people who have benefitted from white privilege and their advocacy for market regulation is a deliberately calculated move to maintain economic domination. A gaze into the English, Prussian and American history shows that the development of market economics/ capitalism relied heavily on the state.

Similarly, the development of capitalism in South Africa heavily relied on the state. The major question for the DA would be, how will it transform local government through market led economics in a country marked by such high inequality and uneven development? The history of market fundamentalism is laden with high levels of inequality the world over.

The ANC has presented the policy of Black Economic Empowerment (BEE) in an attempt to answer to the question of spatial planning and uneven development. The ANC has always flaunted nationalist and left credentials in public policy discussions and yet their policies resonate more with market economics. In simple terms, the ANC has always conveniently and opportunistically swung between markets and left-leaning economics. In the end, the ANC presents a schizophrenic political system, which bashes capital during the day and goes to bed with it at night. Similarly to their EFF counterparts radical or nationalistic rhetoric is used to cajole the masses and believe in a future that does not exist.

The leadership fits well into Ali Mazrui’s characterisation of African leadership that has monarchical tendencies and living palacious lives. The Nkandla residence, Minister Van Rooyen’s five star hotel living, the President buying his wives luxury cars from the Police budget and many other examples of abuse of public office that the ANC leadership has been caught in. Therefore, ascension to public office is seen as vehicle for accumulation as opportunities for tenderpreneurship and patronage are enhanced. The conduct and practices of BEE policy has reduced ascension to public office to what Breyten Breytenbach calls “an exercise in scavenging”. The policy of cadre deployment, undermines an opportunity to transform local government, as policy illiterate and incompetent bureaucrats dominate municipal corridors. Local government is reduced to singing for one’s supper rather than delivery to citizens.

The political conduct and practices of the EFF, DA and ANC political elites point to some collusion by default. Solutions to big questions of spatial development and uneven development are deliberately avoided. Where they are mentioned, it is for political expediency meant to whip up the emotions of the electorate and gain votes. The elites do not attempt to answer the practicalities of addressing the challenges at hand. The net effect of the approach of South Africa’s elite is a permanence of elitist politics that present a choice-less democracy.

The danger is citizens losing faith in elections and democracy as they keep dancing on the same spot. The major challenge facing local government and service delivery in South Africa remains spatial planning and uneven development. There is need for the political elite to imagine a new economic structure of local government development that does not continue feeding into the perpetuation of the apartheid political economy.

In less than 24-hours, the people of Zambia will be heading to the polls. To decide the future of the young and old, at…