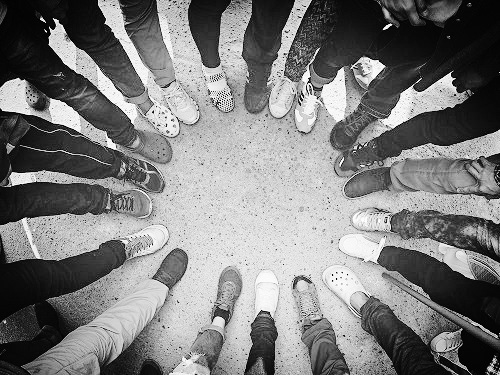 Many ordinary South Africans frozen in despair amidst the crushing waves of government and political leaders’ corruption, unchecked lawlessness and callousness, question whether they as ordinary individuals, seemingly so small,  uninfluential and powerless, can do anything to reverse the backslide.

What can individuals do? The challenge for disheartened South Africans is not to plunge into despair, defeatism or cynicism. The first of these is that we must retain the hope that things can be turned around however wretched it may appear now.

As the US writer, Rebecca Solnit so convincingly argues in another context that hope doesn’t mean denying difficult realities. It means “facing them and addressing them”, and acting on them.

South Africa is facing what can be described as a national depression, with the society in collective despair, while the national leaders continue as if it’s all swell. The instinctive reaction of many who cares about their country is to withdraw from public action and turn inwards to immediate family, immediate clan and communities.

Yet, what we as individuals do matters, have an impact, and does contribute to change, even if not immediately apparent.

Individuals must express their outrage against public corruption, mismanagement, indifferent political leaders. They can do this by joining protests, signing petitions and complaining against instances of official wrongdoing and persuading others in their immediate spheres of influence to do the same.

They can shame acts of wrongdoing by elected representatives and public officials on social and traditional media and in their communities. But individuals should actively monitor government delivery sites, programmes and individual officials’ behaviours.

Those with the financial means must pursue civil actions in courts – or support such efforts, against errant elected representatives and public officials.

But individuals must become more involved in public activities, whether it is sitting on school boards, attending the meetings of local municipalities and challenging the councillors there, to volunteer in, or support community organisations and charities, with money and time.

Individuals must form lobby groups to protest, for example, anything from potholes to corrupt policemen or laws that does not make sense.

Support organisations on issues that we believe in: if a trade union criticises something we agree with, support it, even if you are ideologically opposed to the idea of trade unions.

More privileged individuals must also do more to educate the less fortunate about their democratic rights, and provide alternative information about what is happening in the country when the poor often in many cases bias ‘official’ information sources.

South Africans of all colours with financial means should show greater social solidarity, compassion and empathy with historical disadvantaged individuals and communities. They must not lose what the philosopher Martha Nussbaum calls the “capacity for goodness”.

There has to be a greater understanding that many historically disadvantaged individuals are trapped in poverty, marginalisation and unemployment ghettos due to the combination of the traumatic apartheid legacy of mass deprivation of knowledge, skills and confidence, which are the pillars for individual success in a modern economy, and the failure of the post-1994 current government to begin to undo this, beyond a few privilege elite.

Skilled South Africans who want to could help in poorer communities. Volunteering to teach in a poor school, whether it is teaching mathematics, life skills or a sporting skill, will make a difference.

Retired professionals could teach in black schools, communities, from mathematics to rugby skills, or mentor a child in Soweto, Alexandria or Khayelitsha. For example, if they are medical doctors volunteer their services, or if lawyers provide legal help to vulnerable individuals and communities.

Conscience individuals in public and private companies must act exemplary – even if it appears that large numbers of their peers are corrupt, indifferent and incompetent. In the absence of responsible political leaders; corporate, civil and church leaders must show exemplary leadership, as alternative models of responsible leadership.

This way we can collectively put South Africa on firmer ground again.

*This article was published in The Sunday Times. To view the article on their website click here.

Innocent until proven guilty now a tired excuse for the corrupt