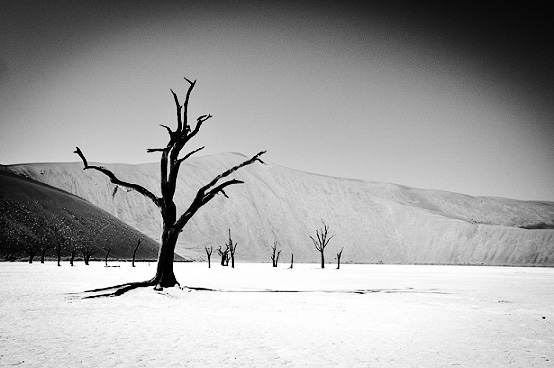 In every government, there are those who prize the trappings of a ministerial position above their own integrity, who are intoxicated by power and loyal to leader and party no matter what.

British Prime Minister Theresa May has called an early election for 8 June despite being unequivocal in saying she would never call a snap election. Never?

Across the pond, Donald Trump’s presidency reflects a rather more brazen and dangerous shamelessness. His narcissistic lack of conscience has allowed him not only to fire the head of the FBI, James Comey but also to provide contradictory reasons for doing so.

In South Africa, our own President and many in his Cabinet have taken shamelessness to a new level. We need only think back to Nkandla and the travesty that is the ongoing Sassa debacle under Social Development minister, Bathabile Dlamini. There is an endless list of corrupt acts which dot our political landscape with such regularity that we are almost inured.

In every government, there are those who prize the trappings of a ministerial position above their own integrity, who are intoxicated by power and loyal to leader and party no matter what. Public Enterprises minister Lynne Brown is in that camp and that will be her tattered legacy. Behind the show of faux authority and her slow, pointed use of words, Brown is an empty shell, now completely exposed. Her boss, President Zuma, knows better than anyone that there are enough people who have their price and who will do his bidding. And so Brown’s Friday press conference explaining the reinstatement of former Eskom CEO, Brian Molefe, was just that – Brown doing Zuma’s bidding.

As she contorted her way through the briefing, one wondered one thing, “Where is the shame?” In a comment pregnant with several pauses – either for dramatic effect or because she was making it up as she went along – Brown seemed to sneer at those who have “ethical” problems with Molefe’s reappointment because “he is captured”.

“The man is innocent until proven guilty,” she said, almost half-lecturing the public.

The issues here really are crisp.

Molefe’s resignation letter is in the public domain and, unfortunately for Brown, our memories are not that short either.

In early November 2016, Molefe tearfully resigned as CEO of Eskom. His statement then said that he was doing so “voluntarily in the interests of good corporate governance”. This followed a damning State of Capture report released by the Public Protector in late October. In that report, it was revealed that Molefe was in regular contact with the President’s associates, the Guptas, over an extensive period. This was alleged to have included 58 phone calls to Ajay Gupta and several visits the to the Guptas’ home in Saxonwold. Molefe famously denied the visits as ones to a “Saxonwold shebeen”.

So Molefe resigned then. Brown accepted his resignation. At the time her exact words were, “I am saddened by the announcement of Mr Molefe’s resignation. However, I do respect his decision to do so.”

Yet, Eskom is now saying Molefe “took early retirement”, in an attempt to allow for his reinstatement, presumably? Brown told the media that reinstating Molefe was better than having to pay him the R30-million pension. Brown allegedly feared that Molefe would sue for the R30-million. Strange, when Zuma’s government is drowning in litigation to protect the President himself, that it fears a lawsuit from Molefe?

So, did Molefe resign in November or did he take early retirement? Where is the truth? In any event, why was he due a R30-million payout? One might also ask why Molefe is the best person for the job given the serious nature of the allegations against him.

It’s unlikely that we will get the answers any time soon. Brown has said she will conduct a joint press conference with the Eskom Board to provide greater clarity. The board itself is compromised and so we can expect no clarity, only more shameless spin. At the heart of former Public Protector Thuli Madonsela’s investigation was Eskom’s contract with Tegeta, a Gupta-linked company. That contract was for the supply of coal to Eskom at grossly inflated prices.

The report found that the contract between Tegeta and Eskom potentially constitutes a contravention of the board’s duty to prevent fruitless and wasteful expenditure under the Public Finance Management Act. In addition, it found that the board appears to have been improperly appointed. The Public Protector’s report goes on to detail a tangled web between the Guptas, Molefe and the Eskom Board. It sets out several instances of alleged conflicts of interest between Board chair Ben Ngubane, several past and present board members and the Guptas or their associates.

Yet even after this, Ngubane and the board remain in their positions and Brown has no appetite for investigate the breaches of corporate governance at Eskom or even a semblance of curiosity to get to the bottom of allegations of corruption. If Brown were interested in good governance and not protecting her job and her boss, she would seek to ensure that government uses its powers as majority shareholder in Eskom to fire the board and appoint members of integrity. In addition, she would seek to clarify the glaring contradictions between her initial statement that Molefe resigned and the latest statement from Eskom that he actually took early retirement.

Given what this Molefe reinstatement symbolises, we can expect more of the same in terms of the continuing dysfunction within State-Owned Enterprises in general and Eskom specifically in the next year and beyond. Presumably Molefe’s tears last year did not end his association with the Guptas?

Brown has called for a “decisive investigation” into state capture allegations. That was the recommendation made by the Public Protector but Zuma would have to set that process in motion. Predictably, he has stalled any such commission. One has to wonder why? Perhaps it is too blatantly obvious that Madonsela’s report only scratched the surface of the network of patronage, capture and corruption which exists within SOEs and which the President himself is at the centre of in some way or another?

For its part, the ANC has criticised Molefe’s reappointment. Yet, one is left to wonder which part of the ANC was speaking? And where was this ANC when Molefe was spirited into Parliament after “leaving Eskom under a cloud” – the ANC’s own words? The only explanation is that the ANC has lost control of what Zuma does in government. The irony, of course, is that Zuma’s ascent to power was about enabling the ANC to insert itself into the processes of government more effectively. Well, that has been a wholesale failure as Zuma and his cabal of ministers govern only in their own interests and to benefit a broader patronage network.

For Zuma, the state capture project, therefore, continues apace given that he is consistently able to rely on his acolytes to bolster his next move.

The facts, however, are in the public domain and, as an ANC voter asked on a radio talk show late last week, “Do they think we are idiots?”

Apparently, yes, though Zuma and his cronies in the ANC would do well not to underestimate the increasingly simmering anger of their constituents too much. Hubris has a tendency to come back to bite when least expected.

There is a dire need to boost SA’s stimulus package