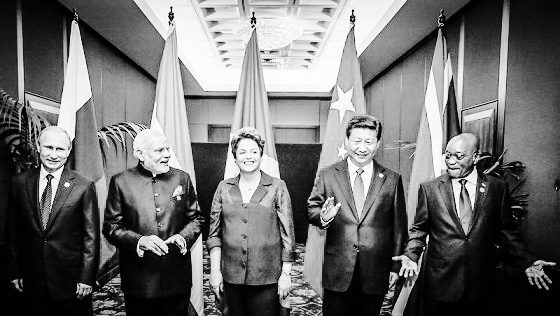 The role and participation of civil society organisations within BRICS (Brazil, Russia, India, China and South Africa) and its relevant institutions are critical for civic engagement, influencing policy and decision-making and holding their governments accountable. However, there is a narrow space for civil society representation at BRICS forums. The upcoming 10th BRICS Summit hosted by South Africa in July 2018 will provide an opportunity for consultation, debate and putting BRICS civil society voices firmly on the agenda.

Independent civil society organisations in BRICS (Brazil, Russia, India, China and South Africa) countries must push for being included in the official policy, decision and ideas-making processes, structures and forums of the emerging power grouping.

Very few of the complex problems facing society, the environment and the globe can be resolved without civil society input, or by governments alone.

South Africa holds the BRICS presidency this year, and will in July host the 10th BRICS Summit. The BRICS grouping is a state-led initiative, with little direct participation by non-governmental organisations, communities and citizens.

There are no formal structures for civil society participation in BRICS institutions, decision-making and consultations. Civil society organisations for the purpose of this brief encompass non-governmental organisations (NGOs), community-based organisations (CBOs), social movements and trade unions which do not form part of the state (Edwards 2009).

Only business and select academics have so far been included in formal BRICS processes, structures and forums. A BRICS Business Council was established in 2013 to promote business, trade and investment among the business communities of the countries.

In 2009, the BRICS Academic Forum was created, bringing together researchers from each country, to provide ideas on approaches to individual country developmental challenges, how to build effective BRICS institutions, and counter the domination of global trade, economic and political architecture by industrial countries.

Trade unions from BRICS countries initiated a BRICS Trade Union Forum following a meeting held on the sidelines of the International Labour Organisation conference in Geneva in 2012. The Trade Union Forum is not part of the official BRICS structures, processes and decision-making.

BRICS civil society organisations have increasingly been marginalised by governments

Russia is a limited democracy, under Vladimir Putin, Russia has state capitalism with controlled political freedom. China is pursuing state capitalism in a one-party state, with little political freedoms. Russia and China have marginalised civil society within their countries, and has especially clamped down on international NGOs (Simon 2011; Buxton and Konovalova 2012; Cook et al 2015; Zhang 2015).

However, under the presidency of Jacob Zuma, this democratic channel has been significantly reduced. The Jacob Zuma presidency has been hostile to civil society organisations, alleging they were “puppets” of industrial powers, wanting to unseat him (Gallens 2017; Gerber 2017). Nevertheless, mobilisation by civil society organisations has been instrumental in getting Zuma to resign because of his undemocratic decisions, corruption and mismanagement (Gumede 2018).

Brazil has structured democratic channels for civil society involvement in foreign policy (Inoue and Costa Vaz 2012; Costa Leite 2014). It has a Committee on Foreign Policy and Human Rights which pushes for transparency in international relations of the government. It holds public hearings in Brazil’s Congress, reviews the country’s positioning in the Human Rights Council and pushes for information about the government’s foreign policy decisions to be made publicly available (John 2012).

Under IBSA (India-Brazil-South Africa) the grouping of the world’s largest developing country democracies, which has now been eclipsed by BRICS, there are formal channels for civil society, with civil society specific forums, including the media, with direct input into the IBSA official deliberations (Osava 2010; Jenkins and Mawdsley 2013; Stuenkel 2014; Dirco 2017). Such participatory institutions for civil society is wholly absent in BRICS.

It is imperative that the BRICS Business Council is populated by genuine entrepreneurs, to provide the dynamic growth, business and innovative ideas, and not “political” capitalists or token crony ones, who parasitically live off the state.

It is also crucial to have BRICS academics, analysts and experts involved in the generation of ideas, policy and creating institutions, as no country in the post-Second World War have developed from poverty to developed status when excluding its best home-grown thinkers.

The challenge for the BRICS countries is not to handpick pliant academics and civil society groups, but the most capable, imaginative and innovative within their countries or diaspora. It is crucial that academics, experts and analysts invited to the BRICS Academic Forum represent the best of a member country’s domestic and diaspora brains trust and not token invitees.

The structures, institutions and forums of BRICS are still evolving and not cast in stone. Civil society should constructively, but critically engage with BRICS, rather than reject the entity out of hand. Civil society organisations within BRICS must pool their resources, campaigns and ideas. They have to form strategic alliances across the BRICS countries. Strategic alliances among BRICS civil society organisations will give them the critical mass not only to influence the BRICS agenda but also give them critical mass to influence the global agenda, debates and priorities of global multilateral organisations (Mackenzie 2012).

Lysa John, the Indian researcher, pointed out: “The array of political and legal oversight mechanisms that are operational within the European Union today have come about after decades of work by civil society organisations and the use of innovative campaigns to educate and engage the public on these issues” (John 2012: 11).

What role should BRICS civil society play within the alliance?

Civil society organisations can contribute to democratising the discourse on BRICS. They can be vehicles for participatory democracy and can create a ‘civic’ dialogue on the appropriateness of priorities and policies.

There is often a disconnect between the issues that leaders and governments may deem important, compared to the issues that ordinary citizens and communities want to be prioritised. This is even more pertinent in BRICS countries, with its non-democracies, where a number of governments often act unilaterally.  It is crucial that civil society organisations bring the grassroots issues on the BRICS agenda.

Civil society can provide ‘a structured channel for feedback, criticism and protest’; and can act as an ‘early warning system’ when the direction of BRICS engagement appears to be going astray.

The jury is still out whether the BRICS Development Bank and the Contingent Reserve Fund will be substantially different in their development approaches to the World Bank and IMF – which they have so passionately criticised (Tomlinson 2013). Furthermore, the big question remains whether the BRICS bank will be based on good corporate governance.

BRICS civil society groups, media, and academics will have to link up to ensure the BRICS Development Bank and institutions pursue lending and infrastructure projects that are ecologically sustainable, promote inclusive economic growth and development; and that the bank based its operations on good corporate governance.

Civil society can also play a monitoring and evaluation role, both of governments and BRICS institutions. BRICS civil society organisations should hold their governments accountable for development promises made. Civil society in the BRICS democracies – India, South Africa and Brazil – must push to make it mandatory that their parliaments approve foreign loans for infrastructure.

BRICS civil society groups will have to monitor the investment activities of the BRICS Development Bank, and make such information widely available. Civil society could monitor the environmental, social and wider economic impact of BRICS projects.

But civil society must also monitor the investment decisions, activities and behaviour of BRICS public and private sector companies in operating countries. Of all the members, only South Africa has rules for its private sector not to partake in corruption abroad – and for them to be prosecuted for misbehaviour. However, the corporate behaviour of SA companies in say Africa or developing countries are not monitored – civil society organisations should do so.

BRICS countries are increasingly providing alternative global leadership to industrial countries (Moilwa et al 2015; Poskitt, Shankland and Taela 2016). Civil society in BRICS country have the opportunity to on the back of the rise of BRICS, also concomitantly increase their own global voice, as vehicles of alternative ideas, models and leadership to the industrial country global consensus (Tandon and Bandyopadhyay 2013).

BRICS civil society organisations will have to come up with the practical ideas on how to deal with complex country, regional and global developmental challenges. To this, they will have to exchange ideas, development lessons and information between each other, within and between BRICS countries, and with progressive developing and industrial countries peers.

But civil organisations will also have to partner better with BRICS higher education institutions to co-generate new ideas for our times. They must also strategically partner with the media, to not only co-monitor BRICS governments and institutions, but to inform ordinary citizens, and to spread the new civil society generated ideas widely within BRICS.

Finally, BRICS civil society organisations will have to partner with civil society organisations and the independent media in developing countries where BRICS institutions, such as the BRICS New Development Bank are operating in, to hold these institutions accountable, ensure they consult with local communities, pursue ecologically sustainable infrastructure and development projects, and adhere to basic human rights.

Inoue, C. and Costa Vaz, A. (2012) “Brazil as ‘Southern Donor’: Beyond Hierarchy and National Interests in Development Cooperation?” Cambridge Review of International Affairs 25.4: 507–34

Poskitt, A., Shankland, A. and Taela, K. (2016) “Civil Society from the BRICS: Emerging Roles in the New International Development Landscape”, Institute of Development Studies (IDS), February