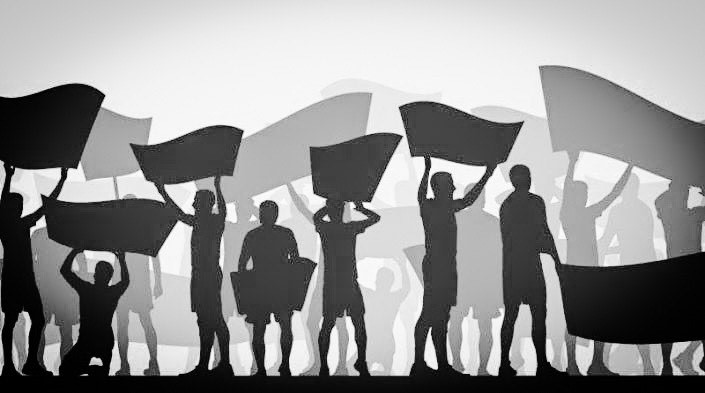 A spirited civil society is crucial to the sustainability of democracy. With the world facing its biggest health crisis since the Spanish Flu of 1918, what is the role of civil society in preventing the erosion of democratic values at this time?

The lockdown instituted in South Africa in response to Covid-19 has demonstrated the need to place civil society at the centre of any discussion on democracy.

When South Africa came to a standstill in early March 2020 with restrictions on movement and other rights, community-based civil society organisations (CSOs) were left on the frontline of advocating for the rights of the vulnerable groups and communities with whom they work.

Given the economic pressure and anxiety that these communities were facing, CSOs operating in the communities realised quickly the need to help them cope with the pandemic.

One such CSO is Lifeline Northern Cape, a CSO focused on health, which faced a significant challenge:

We work with vulnerable and key population groups who often do not want to go to government clinics for medication and healthcare. We are just concerned about if they’re getting access to their medications. Most of our beneficiaries we support with counselling, so they still need to be able to access our team of professional counsellors.

“We have sent a team of community outreach officers to essential goods stores, where they provide community members with information on Covid-19. They also assist to ensure that people keep physical distancing in public areas,” the CSO says.

Another, Human Resource Social Information Centre (Huresic), deals with the socio-economic development needs of young people in the Tzaneen area. It faces a related challenge in helping its community, says the CSO:

They need food parcels, masks, sanitisers and a bit of education about the spread of the virus so that they can take care of themselves… The local government is confused; we have requested masks and they don’t have information where we can get [masks] for our people.

These CSOs are part of a larger group of organisations I have had the privilege of working with as part of a project that helps organisations to access provincial legislatures in order to advocate more effectively for their communities. The CSOs are crucial to the success of our democratic project.

Impact of the lockdown on constitutionally guaranteed freedoms

South Africa has been commended for its swift response to the pandemic, which delayed a huge surge in infections through implementation of the lockdown. But doing so – in a context where local government is often unresponsive to community grievances – can foment greater frustration. This is especially the case because the avenues of activism usually open to civil society – such as protests and demonstrations, town hall meetings, visiting constituency offices and having direct contact with local councillors – are not available.

Restrictions on freedoms have also thrown into doubt the robustness of the institutional edifice of democracy, in particular the separation of powers. The need to practice physical distancing and the prohibition of gathering in large numbers has disrupted the oversight role of legislatures and councils in holding the executive to account.

Under such circumstances, the executive branch of government is left largely unchecked, with wide powers leaving ordinary citizens not only vulnerable to a highly contagious and deadly disease, but to abuses of power, including procurement irregularities, mismanagement of relief funds as well maladministration, corruption and fraud – all cloaked under the guise of protecting the health of the public.

The limitations of digital technology

Given the challenges posed by restrictions to the freedom of movement, freedom of association, freedom of assembly as well as the right to demonstrate and picket, digital technology does offer some possibilities.

Following the passing of new rules, Parliament is holding virtual meetings and hearing briefings from various ministries with a focus on the handling of the Covid-19 pandemic. Provincial legislatures have been late adopters, with some having yet to come online. Ordinary citizens are also able to engage with MPs and are finding some expression for their freedoms using digital technology.

But unequal access to hardware and data is entrenching exclusion and marginalisation, undermining these positive developments, as is illustrated by experiences on the ground:

The biggest challenge has been reaching those young people without WhatsApp, data and the internet. Being able to raise awareness among them has been a challenge… If they [the municipality] can support us with their resources… because we have the capacity to conduct awareness. So, we would need them to support us with resources,

– says ACTIVATE! Change Drivers, a programme in the Northern Cape which equips community members with innovation and project planning skills.

Lifeline Northern Cape says “it would also help to get our services out there if our professional counsellors would get assistance with data and airtime so that the services can still reach our client base that can’t afford to call us”.

Of South Africa’s 36.54 million active internet users, 34.93 million use their mobile devices to access the internet, meaning they rely on the purchase of data from the country’s mobile operators. Data costs in South Africa are high in comparison with other developing countries and, being the most unequal society in the world, the use of digital platforms such as social media to exercise political agency and as a mechanism for public participation is a luxury for the few.

In fact, while internet penetration stands at just over 63%, only 21.56 million people (just over 37% of the population) are active on social media. While the affluent and middle classes have unfettered access to digital spaces given their ability to afford data, the working class, the poor and unemployed do not have access to this arena.

Conventional thinking on democratic consolidation has concentrated on strengthening civil society by supporting CSOs that provide insights to and for donors, as well as performing advocacy based on an agenda aligned to donor interests. This has sometimes meant community-based civil society – such as local support services, social movements and activist-driven organisations – is neglected or even disadvantaged.

In a society as unequal as South Africa’s, civil society remains segregated along economic and class lines. Strengthening civil society and ensuring its vibrancy must consider this divide. As in other arenas, there is a need to bridge the gap. A coalition between the two segments of civil society is needed to build and consolidate democracy from the bottom up, ensuring that its benefits are felt by communities so that they see a reason to defend it.

The lockdown during the Covid-19 pandemic is fertile ground for the seeding of this bridge-building approach. Supporting these grassroots organisations to better advocate for communities by enabling them to engage with democratic institutions is an important endeavour in making democracy work for the many rather than just the privileged few.

This is exactly the aim of the Civil Society Participation in Provincial Legislatures project of the Democracy Works Foundation (DWF). Through mentorship and skills transfer, DWF is using its resources to capacitate community-based civil society and assisting organisations with the tools to advocate for their concerns and those of their beneficiaries.

At the same time, DWF is assisting the organisations to amplify their voices through assisting them to access national and provincial networks, linking them with policymakers and public representatives in provincial legislatures.

This article was originally published by the Daily Maverick: https://www.dailymaverick.co.za/opinionista/2020-06-10-only-a-vibrant-civil-society-will-protect-democracy-during-covid-19/#gsc.tab=0

Nompumelelo is a seasoned political analyst, thought leader, and author. She has worked as a researcher at think tanks including the Institute for Security Studies and The Forum for Public Dialogue and has worked as a part-time lecturer at the Department of Political Science at the University of Pretoria. She has experience in grant-making and project management, having worked as programme manager at the Frederich Ebert Stiftung South Africa and worked at the Sowetan as convener of the Sowetan Dialogues as well as coordinator and editor of the letters and opinion pages. She is also an experienced communicator with a strong track record in event moderation, facilitation and training, and stakeholder management. She holds an MPhil in Multidisciplinary Human Rights, a BA (Honours) in Political Science, and a BSocSci in Industrial Sociology and Labour Studies all from the University of Pretoria.

Bond Notes and patronage in Zimbabwe

The Zimbabwe government’s imminent plans to introduce bond notes by the end of this month seems to be hitting a snag. The bond notes, a form…