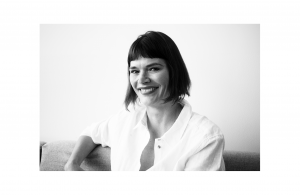 The need for oversight and accountability over service delivery failures in our communities has only been increased as a result of the Covid-19 pandemic. The Northern Cape Provincial Legislature has taken some extraordinary steps to strengthen public participation and to develop partnerships with civil society organisations to address some of the pressing needs faced in the province.

After signing a Memorandum of Understanding with the Northern Cape Provincial Legislature late last year, Democracy Works Foundation and Westminster Foundation for Democracy have been engaged in training and knowledge co-creation events with MPLs of the Northern Cape Provincial Legislature. These events are aimed at understanding the lived reality of being an MPL and understanding what support they need to perform their functions optimally.

In these conversations the need for greater partnership with civil society organisations (CSOs) – who often provide many of the services required by communities – became increasingly clear. To bridge the existing gaps between communities and the provincial parliaments, the Northern Cape Provincial Legislature invited selected CSO partners to a discussion on how greater collaboration can be achieved.

Covid-19 is ravaging through our communities and in the effort to remain as safe as possible, everyday life has been severely interrupted through government-issued lock down regulations. It also drastically affected the ability of Legislatures to conduct site visits limiting their ability to oversee implementation of laws and policies including those affecting every day service delivery While going virtual has many advantages it also poses the risk that the most vulnerable amongst us will be left out due to technological and data limitations and restrictions.

In order to bridge this gap, the Northern Cape Provincial Legislature has partnered with DWF and the WFD to strengthen particularly the public participation, oversight and accountability functions of this important institution. The Civil Society Participation in Provincial Legislature Project is co-funded by the European Union and the Westminster Foundation for Democracy and implemented in Limpopo, the North West and the Northern Cape.

In addition to the engagements with Legislatures the project also partners with Civil Society Organisations in engaging with Provincial Legislatures to drive community driven oversight and accountability through ongoing capacity building initiatives.

As South Africa takes the presidency of BRICS, the setting up of the New Development Bank must rank as the major single success story…