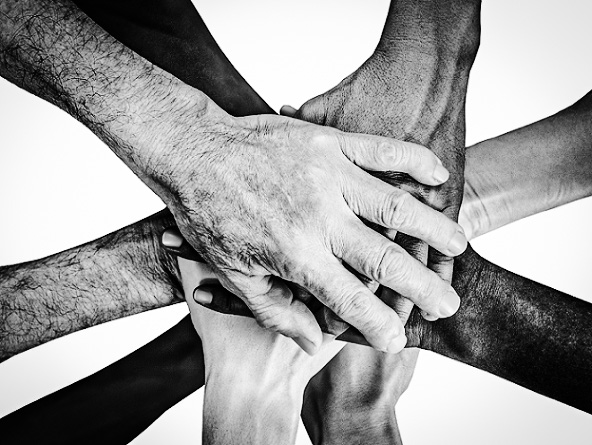 The aim of the Civil Society Participation in Provincial Legislature (CSPPL) Project is to connect Provincial Legislatures and Civil Society Organisations (CSOs). The project aims to bridge the gap between these stakeholders, in order to drive community driven oversight and accountability on behalf of vulnerable and key populations. It does this by building capacity of both provincial legislatures and civil society organisations and facilitating platforms for them to engage and build relationships that can benefit communities and address pertinent service delivery challenges.

The project is being implemented in three provinces in South Africa: the Northern Cape, the North West and Limpopo. The project’s CSO partners are mostly engaged in the areas of health, education and safety. For example, they support victims of gender-based violence, work in sexual and reproductive health, and advocate for equality in education.

The project is made possible through co-funding from the European Union and the Westminster Foundation for Democracy, who are also key implementing partners in particular with regards to the capacity building and knowledge co-creation for members of provincial legislatures.

Knowledge co-creation and capacity building in the time of Corona

In November 2019 Democracy Works Foundation signed a Memorandum of Agreement with the Northern Cape Provincial Legislature in terms of which DWF in partnership with the WFD was welcomed to provide support to public participation initiatives of the institution.

Covid-19 interrupted the project, and the implementation of the engagement plans with Members of the Provincial Legislature (MPLs) was no exception. Thanks to a supportive team, under capable management, the Public Participation Unit of the Legislature seized the moment and invited DWF and WFD to facilitate similar training sessions, but using an experimental, virtual approach. This was the first time some MPLs had ever used a video conferencing app, and had thus until then not engaged with their constituencies virtually.

The online training, skilfully facilitated by WFD’s Victoria Hassan, focussed on gaining an in-depth understanding of the lived realities MPLs face in conducting their work, with a particular focus on facilitating oversight and conducting public participation. Using a mixed method of written chat and spoken responses allowed the creation of an uniquely informal atmosphere and trusting environment, in which MPLs shared deeply personal and professional challenges as well as successes. The result was an overall agreement to build stronger relationships with Civil Society Organisations and to explore virtual engagements as a way to reach constituencies during the Covid-19 lockdown and beyond. A key ingredient to success was getting the buy in of the Speaker, who attended and participated actively in all of the sessions.

Following these engagements, the NCPL hosted a number of initiatives in light of this agreement. Below are a few highlights, which illustrate how the idea of virtual participation and the successful showcasing of how this can work in practice has led to a number of innovative and context-sensitive initiatives. The exciting aspect of these developments is the potential they provide in bridging the digital divide while taking full advantages of the benefits that the 4th industrial revolution can provide for public driven oversight and accountability.

The final workshop day was a facilitated virtual meeting between representatives of the CSPPL CSO network. During this closed session, MPLs met with CSO partners, who shared their challenges and practical experiences of trying to engage with the Provincial Legislatures. The session was powerful as MPLs and CSOs brainstormed opportunities on how partnerships could be built.

Shortly after this meeting, on Women’s Day, the NCPL invited CSO CSPPL partners and other CSOs active in addressing the scourge of GBV to an open virtual women’s parliament where they spoke about the challenges they faced and provided suggestions for collaboration in addressing these. The event was streamed live and advertised on Facebook. With an aim of bridging the digital divide, which plagues especially far-flung provinces like the Northern Cape, the NCPL innovatively played the session live over local radio.

Having identified that the need to strengthen existing networks and working beyond departmental silos, the NCPL also hosted a CSO day. During this event, CSO working with much broader constituencies and addressing a host of challenges were brought together to introduce them to each other as well as meeting the staff of the Provincial Legislature, in particular the Regional Liaison Officers, who are in all but one of the regions of a province which spans more than 350 000 square kilometres (the UK by comparison is around 240 000 square kilometres). Through these Officers, communities are meant to have more direct access to the staff of the legislature in raising issues that they face.

Once the lockdown was lifted partially, the NCPL hosted an innovative hybrid event, which builds on the challenges experienced in trying to get rural and digitally disconnected communities to engage online. Adhering to Covid-19 safety standards (social distancing, mask wearing and hand sanitising) the PPU brought in community members from each region and allowed them to collectively engage using the digital infrastructure available at the Legislature. DWF partnered with Ria Digital Reputation and Insights Agency to facilitate a discussion on how to use social media for advocacy purposes. The NCPL also brought in a radio presenter who spoke about how to engage local radio.

Last but not least, DWF and RIA facilitated a session with the staff of the NCPL on how managing the brand of the NCPL. This session looked at the power that social media provides to understand and engage constituencies. It also provided key insights on how the Public Participation Units, the Communication Units as well as the ICT departments need to work together to make inclusive digital participation a reality. Understanding the issue of sever underfunding of these institutions and the lack of cooperation received from some Committees are key learnings from these engagements.

Despite these challenges, the NCPL started a social media campaign called #LegisFridays where an individual MPL presents themselves and talks about the work that they do and how they can be reached. At the same time the CSOs who had engaged in the various workshops also formed a Coalition and are regularly highlighting issues they work with, tagging the NCPL as agreed.

In what seemed a culmination point, the NCPL for the first time in its history live-streamed a public sitting on YouTube and shared the links across its social media pages. The links were picked up and shared by the CSO Coalition.

In the context of rampant corruption, lack of responsiveness to petitions sent even to progressive legislatures such as the Northern Cape, and the continuous and complex challenges exacerbated by the Covid-19 lockdown, these achievements can seem like a drop in the ocean.

We should remember, however, that a first and essential step to addressing the governance challenges we face is for ordinary people to be able to access the information they require to use the democratic channels available to them. The next step is for them to use this information effectively, in being agents of change.

In building on these successes, one should be mindful that the greatest assets to this project are the individuals in both in the provincial legislatures and in Civil Society Organisations that have internalised the power that democratic avenues like legislatures can provide in addressing the causes they have dedicated themselves to fighting for.

It is therefore essential to continue supporting these CSOs in engaging not only the legislatures, but all local and provincial democratic bodies and processes that are constitutionally mandated. Building on existing and working towards strengthening other platforms on which CSOs can engage with elected representatives and people in charge of providing services to our most vulnerable people on an equal playing field have great potential in promoting evidence based policy development and community driven, cooperative governance.

Mira has 15 years of research, advocacy, capacity building, media production, and programme management experience and has worked across Southern Africa, in Northern Ireland, and the United States. Her work is focused on good governance and community-driven accountability and has covered areas such as children’s rights, human rights-based budgeting, and government spending, extractive industries and environmental rights as well as fundraising and grant. Her work has been published in books, peer-reviewed journals, and popular media outlets. LinkTV, MNet, the UK Guardian, the Mail&Guardian, and others have published her media work. She has an LL.B (bachelor of law) and an LL.M - Masters in International Human Rights law. Mira is passionate about social justice, human rights, and sustainable development and continues to explore new and innovative approaches to bring about positive change.