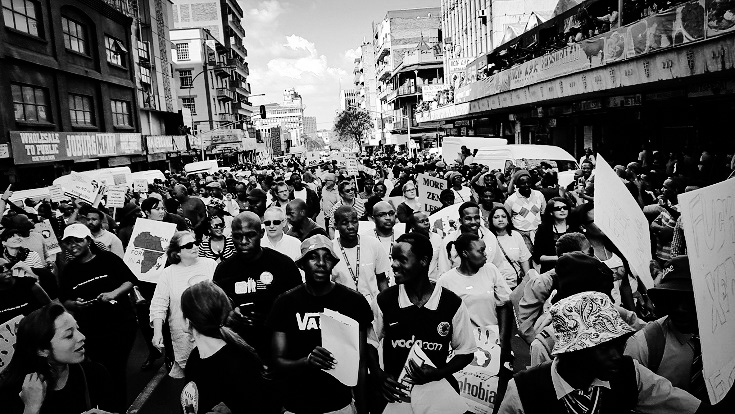 Ten years ago, South Africa’s Parliament formed a committee to review the country’s ‘Chapter 9’ and associated institutions tasked with supporting democracy, human rights and accountability. The committee’s most controversial recommendation was to amalgamate five of the numerous institutions into a single human rights body.

Essentially, the multi-party committee’s ‘Asmal report’, as it’s informally known, concluded that all the bodies, save the South African Human Rights Commission (SAHRC), were largely ineffective.

The five bodies the Asmal report targeted for amalgamation were the: SAHRC; Commission for the Promotion and Protection of the Rights of Cultural, Religious and Linguistic Communities; Commission for Gender Equality; Pan South African Language Board; and National Youth Commission.

No action whatsoever was taken on the Asmal report.

Then on 14 May this year, Parliament seemed to awake from its long slumber. The Speaker’s office asked for submissions on the feasibility of establishing a single human rights body. The closing date was 25 May but after civil society and some opposition parties objected to this deadline, it was extended to 30 June.

All the bodies, save the SA Human Rights Commission, were found to be largely ineffective.

Why was Speaker Baleka Mbete in such a hurry to raise this matter after a hiatus of 10 years in which nothing was done, and Parliament failed even to discuss the report.

When it was released in 2007, the Asmal report was described as ‘unflinchingly objective.’ The real purpose of the review was abundantly clear at the time – there were simply too many of these bodies; they had to be rationalised. The only question was how.

The Asmal report detailed weaknesses in the accountability of Chapter 9 institutions and associated bodies and recommended how to remedy the situation.

The Constitution says ‘these institutions are accountable to the National Assembly, and must report on their activities and the performance of their functions to the Assembly at least once a year.’ They are ‘independent, and subject only to the Constitution and the law, and they must be impartial and must exercise their powers and perform their functions without fear, favour or prejudice.’

The Asmal report found that many of the institutions were marred by internal conflict and uneven performance and that their functions overlapped. The committee knew the recommendation to merge the five bodies would be unpopular given their large budgets and many staff.

Why the hurry to raise this matter after a hiatus of 10 years in which nothing was done?

The National Youth Commission was among the institutions that resisted amalgamation. It has since been replaced by the National Youth Development Agency (NYDA), but is even more mired in controversy and corruption than its predecessor.

Many critics argued that amalgamation may be a good idea since these bodies are simply ‘cash cows’ for the ruling African National Congress’s patronage.

In 2014 opposition parties called for the NYDA to be scrapped as it was unclear how it was spending its budget. Its appointment processes have also been somewhat chaotic and in 2015 the NYDA cut half its senior management staff in what was described as a purge of South African Communist Party-aligned members. Its 2017 budget was in excess of R400 million. Similar excesses have plagued the Commission for Gender Equality for years.

It would have been difficult, politically, to amalgamate these bodies in 2007. It will be even more complex to untangle the web now given the degree to which the state is captured.

As civil society organisations prepare their submissions to Parliament, one concern is that a single human rights body will water down the country’s commitment to gender equality, youth, and language. At a moment in our post-apartheid history when South Africans are more polarised than ever, these bodies could play an important role in entrenching a culture of human rights and diversity.

But the reality is that South Africa cannot afford all these bodies; there is too much overlap in administrative resources as well as mandates. Cutting their individual budgets to create a super-organisation and a super-budget may well be the most sensible thing to do.

But, what is certain is that there’s little point in creating a single human rights body unless the causes of poor governance, inefficiency and weak leadership that characterise the existing institutions are remedied.

As is the case with state-owned enterprises, this is only likely to happen if the new body is not used as a vehicle for patronage, and a truly independent head is appointed. The political and parliamentary landscape has changed significantly since the issue was first raised 10 years ago.

If Parliament wants a proper discussion and thoughtful deliberation of the issues, then scrutinising the Asmal report would be a good place to start. The richness of the report, and its recommendations should not be lost in the rush to implement just one part of it.

The Police and army should not enforce the Covid-19 lockdown at the expense of undermining human rights, personal dignity and common sense. South Africa’s…