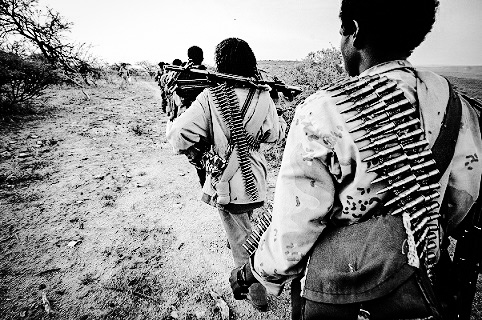 Although the movements were political parties, their armed wings came to dominate the leadership, policy and culture. They were structured along Marxist-Leninist guerrilla army lines – centralised, an elite group of leaders, decision-making at the top and violent suppression of dissent.

In power, the armed wings’ guerrilla-army culture became that of the governing parties, the governments and societies.

Last month, the RPF celebrated its 30th anniversary. Led by Paul Kagame, it fought the Rwandan post-independence government in a guerrilla war waged from the bush.

The RPF fought President Juvenal Habyarimana, whose Hutu-dominated National Revolutionary Movement for Development (MRND) was the only legal party in Rwanda between 1975 and 1991.

He changed the party’s name to the National Republican Movement for Democracy and Development in 1991, when he allowed opposition parties. Following his death in April 1994 in a plane crash, his party unleashed the genocide against the minority Tutsis, which killed 800000 men, women and children.

Under Kagame, the economy has expanded, inequality has decreased and ethnic divisions have lessened. However, he runs a single-party police state. He insisted on standing for a third term in the national elections in August last year. He won 98% of the votes, while suppressing opposition parties, civil society and the media.

Kagame, like many undemocratic African leaders, used the control of democratic institutions to push through autocratic measures.

For example, last year he established a national referendum to approve constitutional changes, clearing the way for him to remain in power until 2034. In the 2010 elections, he banned three prominent opposition parties from participating, jailed their leaders and tortured those who criticised him.

The EPLF launched a Marxist-Leninist guerrilla struggle for the independence of Eritrea in 1962 against the Ethiopian post-independence government of Emperor Haile Selassie.

Eritrea was incorporated into Ethiopia in 1952. The EPLF defeated Ethiopia’s northern armies in 1991, and achieved independence following a UN-supervised referendum in May 1993.EPLF leader Isaias Afwerki was elected head of the Transitional National Assembly, until elections would be held.

The governing party, the People’s Front for Democracy and Justice (PFDJ), was created in 1994 as a successor to the EPLF. It is the only party that is legal.

A new constitution was cobbled together in 1997, which proposed that the Transitional National Assembly be replaced by a 150-seat National Assembly, from which a president would be elected.

The 1997 constitution called for “conditional” political pluralism. Elections were scheduled for 2001. The constitution has not been implemented and the elections never took place. Regional assembly elections took place in 2004, but with PFDJ candidates the only ones allowed. Afwerki has militarised the Eritrean state.

The military wing of the EPLF dominates the PFDJ. Afwerki controls the military and the government. Within the PFDJ, criticism, opposition and independent views are not tolerated. Independent media are not allowed. Civil society is proscribed.

The government controls the internet and social media platforms. Corruption in Eritrea has spiralled out of control, with the military chiefs and the small elite and their families controlling the PFDJ at the centre of corruption.

With chronic food, material and alcohol shortages, they are running profiteering rackets in these goods.

Uganda’s NRM came to power in 1986 after an armed struggle against the autocratic post-independence government.

During the struggle against the autocratic government of Milton Obote and the military junta of Tito Okello and Bazilio Okello, which later overthrew Obote, the National Resistance Army, the armed wing of the NRM, fought a successful guerrilla war. However, the military leaders also came to dominate the NRM.

After coming to power, it controlled the government, until finally allowing a multiparty system in 2005.

Ugandan President Yoweri Museveni contested for his fifth term in office in 2016. He took power in 1986, and by the time his fifth term ends in 2021, he will have been in power for 35 years.

He has proposed a change in the constitution to allow him to stand again in 2021 by scrapping the age limit on presidential candidates. He said: “Leaders in Africa have much more to do and need adequate time to develop the continent.”

In the run-up to the 2016 elections, the Electoral Commission, under Museveni’s thumb, stopped the national voter consultation initiative of John Amama Mbabazi, the former prime minister, and now opposition party leader, allegedly because it would undermine public order.

Sadly, as can be seen from these examples, the leaders and governments of former African armed opposition parties have themselves increasingly become like the former autocratic post-independence governments they so violently opposed.

They have monopolised power, insisted on staying in the government forever and violently crushed their opponents.

Winnie had to ‘fall’ for South Africa to rise

During the 1980s Winnie Mandela was the public symbol, face, and embodiment of the radical domestic turn of the struggle against apartheid, when the…