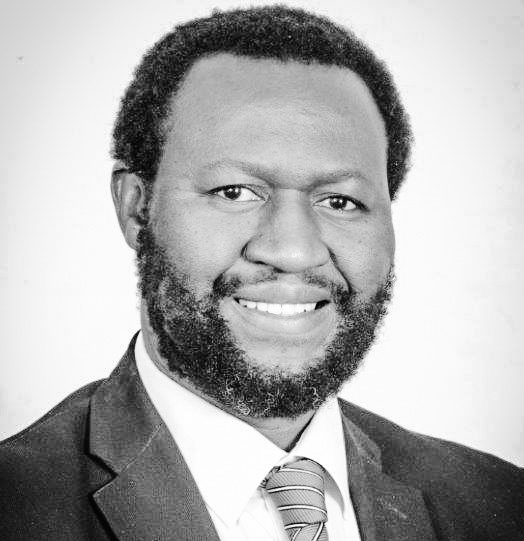 Initially, it was thought that the democratic developmental state was ‘a rare bird on the developmental scene’ as its aims were ‘potentially contradictory and difficult to achieve: autonomy and accountability; growth and redistribution; consensus and inclusiveness’ (White, 1988:44). However, increasingly strong evidence has emerged that developmental states can successfully balance economic growth and social development while building democratic institutions at the same time (Heller, 1999). In his groundbreaking research, the Turkish economist Dani Rodrik (2004) shows that democracy is not only compatible with growth and poverty reduction but may actually be crucial to both.

Why the need for a democratic developmental state?

Many successful developmental states have faced serious external threats, which left them with a stark choice: industrialise quickly or be swallowed by powerful neighbours. While South Africa does not face  such external threats, its internal threats are equally severe.

Unemployment is at a level last seen during the Great Depression of the 1930s; this exacerbates the persistently high levels of poverty and inequality in the country. The growing civil unrest suggests that South Africa’s choices have become no less stark.

Another type of argument relates to the relative roles of the market and the state. Some argue for a developmental state on the grounds that only the state can deliver development, while others argue against it by ascribing the developmental role to the market. However, as UNCTAD’s 2007 report on developmental states rightly points out, ‘neither the “market” nor the “State” can by itself deliver’ development. Instead, ‘the real path to sustainable growth and development emanates from a pragmatic mix of markets and state action, taking into consideration the countryspecific development challenges’ (UNCTAD 2007:61). At the heart of a successful developmental state is a mix of interdependent conditions: an effective state, the presence of key institutions, their inter-arrangements and mix, and their relationships with the market and civil society, including business, organised labour, communities and citizens. These must be complemented by relevant policies, especially industrial policy, as well as specific  institutional arrangements, formal and informal, public and private, that together provide the optimal conditions for economic growth and development.

What are the obstacles to delivering a democratic developmental state in South Africa?

South Africa is now one of the most unequal societies in the world. As inequality of income is spread mostly along racial lines, it is in itself a potential source of political instability. In contrast, most East Asian and many Western countries started to industrialise when their populations had reasonable levels of equality (or all were poor). Because they started from a much more equitable base, they could focus, unencumbered, on achieving growth.

There are additional considerations that affect the creation of a democratic developmental state. Like India, South Africa has to pursue nation-building and economic development at the same time. Like Malaysia, it has to deliver a developmental state to a population that is not racially homogenous. In contrast, the majority of the East Asian developmental states had a long experience as distinct nations and cultures.

South Africa must also combine delivery in the economic and social spheres with the deepening of its democracy. This will require the country to do the following at the same time:

A successful democratic developmental state requires political will, long-term vision and a determination by the country’s political elite to drive a broad-based and inclusive industrialisation and development project.

The conflicting understanding of and confusion over the concept of a developmental state and the lack of consensus about the specific kind of developmental state required are significant obstacles. The situation is exacerbated by the lack of consensus over the appropriate economic policies. The South African state has not effectively moved from its apartheid-era culture to a focus on efficiency. The country needs to become serious about building an effective and efficient state with strong systems of accountability, and reimagining the paradigms of ‘delivery’.

Timing is another critical factor in the success of a developmental state. The post-war industrialisation of Japan and the other successful East Asian and European developmental states ‘arose in the framework of a hegemonic international political economy that made possible the co-existence of developmental nationalism and growing openness in world trade’ (Loriaux 1999:236). Clearly, this is no longer true to the same extent. But the global financial crisis also offers developing countries such as South Africa an opportunity not only to refashion their economies but also to help create a new global financial system. The aim of such a system would be to allow individual developing countries the policy space to pursue their own particular developmental objectives. The global financial crisis has tilted the balance of global power towards emerging markets, opening up the space to shift the global trade relations that had for so long been skewed against developing economies.

What steps are needed to deliver a democratic developmental state?

Recommendation 1: Secure the necessary political will for seriously implementing a democratic developmental state

Research suggests that a successful developmental state requires political will, long-term vision and a determination by the country’s political elite relentlessly to drive a development and modernisation project.

Recommendation 2: Clarify where the central coordinating centre is located

Most successful developmental states had a central coordinating centre that spearheaded economic transformation. From this centre, the state directly coordinated industrial investment; actively directed macroeconomic policy towards developmental goals; and protected and promoted the widest national interest instead of factional, ethnic or regional interests. Currently there is disagreement over the central coordinating centre, and whether it should it be located in government (and where) or in the secretariat of the tripartite alliance.

Recommendation 3: The National Planning Commission should develop a long-term economic growth path that has broad-based legitimacy

Few, if any, developing countries attained economic development without a long-term development plan that integrated short-, medium- and long-term goals. Such a plan, complemented by the right policies, was crucial to the successes in East Asia. The ‘right’ policies included getting the sequencing right and having the flexibility to change quickly when a strategy failed. Any long-term development plan must have both public and stakeholder legitimacy.

Successful developmental states boasted high levels of policy coordination, linked to a well-established monitoring and evaluation mechanism. South Africa struggles with mandate creep between government departments, ministries and state-owned companies, as well as a silo mentality in operational work, which undermines the coordination of core functions. The monitoring and evaluation capacity of the state is also still underdeveloped.

Recommendation 5: Strengthen the capacity of the state

The state must have the administrative, technical and political capacity and competency to set national goals, use the market, and implement these policies through a bureaucracy that has broad public and political legitimacy

The state must be strong enough to resist being captured opportunistically by social forces ‘that might otherwise dissuade it from the use of its capacity to design and implement’ policies that promote economic and social development (UNCTAD, 2007:67).

The nature and relationship between different social institutions are crucial to the success of a developmental state. The East Asian developmental states formed dynamic alliances between ‘political powers and the private sector, and between the banks and public and private firms’ in pursuit of the common goal of economic growth and development (UNCTAD, 2007:68). Managing these, whether through social pacts or national consensus, is a key requirement for successful developmental states. During the past few years, government, organised labour, business and community organisations have failed to agree on a national social pact. For this reason, it may be better to structure sector-based social pacts in the short term.

Recommendation 8: Renegotiate the ‘reciprocity’ of engagement between the state and civil society

Successful developmental states boasted a special institutional link between the state and societal actors. In this ‘negotiated relationship’, either the state or its social partners (or communities) can and do take policy initiatives but the state retains its guiding role, either by exercising leadership directly or by delegating it to social partners. There are recent positive examples of potential reciprocity between the state and other social partners. For example, in May 2010, South Africa’s two largest business organisations, Business Leadership South Africa and Business Unity South Africa, pledged to develop initiatives to increase the country’s electricity capacity. Business Leadership South Africa also has an initiative to double or triple the size of South Africa’s economy within a generation, as well as one to encourage the chief executives of major companies to commit to skills development or responsible corporate behaviour.

Recommendation 9: Deepen democracy at all levels of South Africa

A democratic state may be better equipped to engage its citizens and society in a ‘programmatic partnership for national development’ (White, 1988:44). A democratic state would offer greater inclusiveness and accountability in reaching developmental goals. As Amartya Sen (1999:35-53) argues, ‘development requires the removal of major sources of unfreedom: poverty as well as tyranny, poor economic opportunities as well as social deprivation, neglect of public facilities as well as intolerance or overactivity of repressive states’.

*This paper was commissioned by the Development Bank of Southern Africa and can be found here.

Conversation with Democracy Podcast Episode 8: The advocacy of the Treatment Action Campaign.

Daniel Mathebula, Provincial Trainer at the Treatment Action Campaign in Limpopo, speaks about the role of the organisation and the civil movement’s aim to…