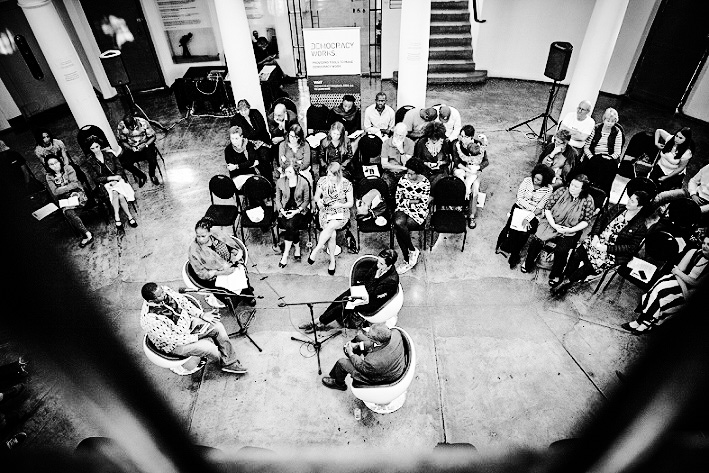 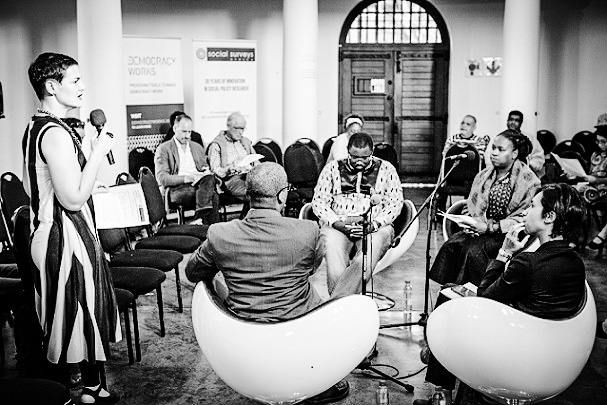 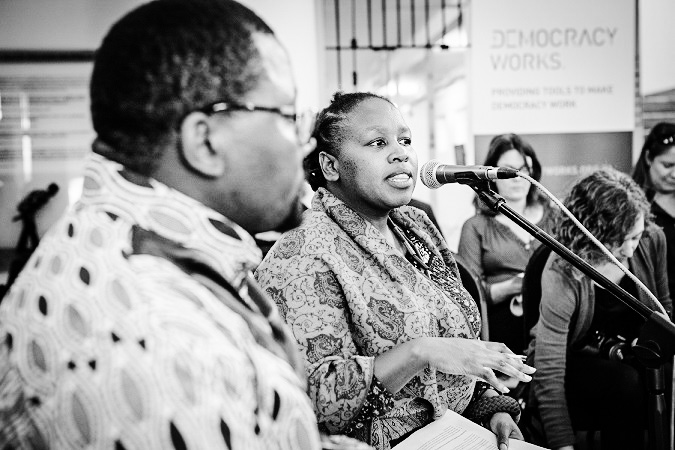 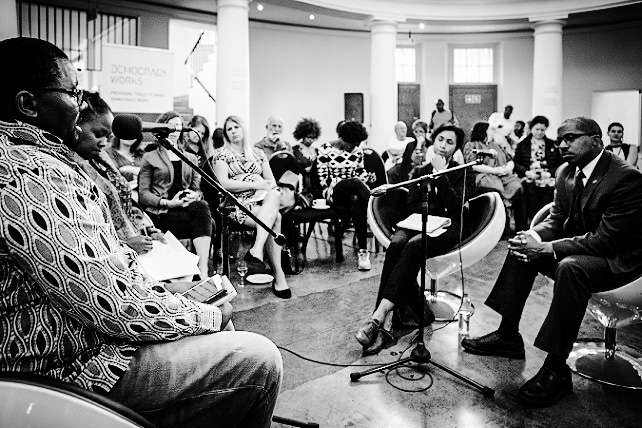 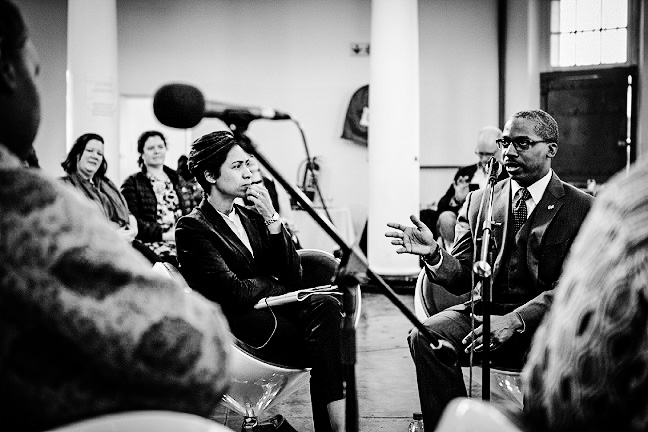 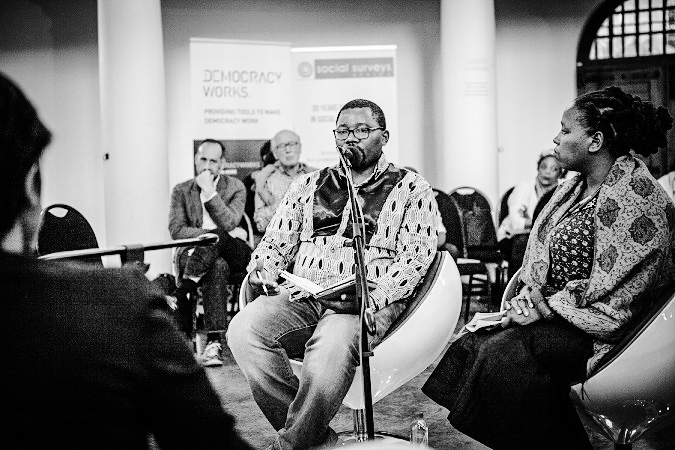 After several decades in which Democracy was considered a relatively unquestioned and largely functional ‘good’ in many countries globally, it is now increasingly contested in those same spaces. There are deep-seated disagreements about who or what is to be resisted or defended; and few spaces in which people with a diversity of views can debate constructively to build new narratives and networks. The event was designed to facilitate such a discussion across sectors, generations and national contexts.

The three speDemocracy Works Foundation in partnership with Social Surveys Africa recently co-hosted a dialogue entitled, “Defending Democracy – Institutions and the people” at the Women’s’ Gaol, Constitution Hill, Johannesburg. Speakers included Dr Reuben E. Brigety, Dean of the Elliot School of International Affairs at George Washington University and former US Ambassador to the AU, Thembinkosi Dlamini of Oxfam South Africaakers brought a wealth of experience in diplomacy, civil society, business, community activism and academia to bear on the question of democracy’s nature and role. A highly diverse audience pushed the lively discussion further with provocative questions and challenging proposals for action. The speakers agreed that democratic systems, for all the flaws they have in practice, remain the best option available for ordinary people to have a voice in decision-making and to hold leaders accountable. However, people must actively use their democratic power, including periods between formal elections and at all levels from community to national (and indeed regional where possible), as compellingly argued by Brigety and Dlamini.

An audience member raised the importance of education. ”Democracy can’t work with an uneducated populace, education remains a sufficient condition for democracy to work”. The panel agreed that knowledgeable, informed and engaged citizens are more likely to effect change and that citizens need to see themselves as the employers of politicians to ensure accountability.

The discussion flowed amid debating the links between political democracy, aimed at controlling power and influencing decision-making within the state, and economic systems of power and decision-making. Brigety summarised the current local and global dilemma, by saying that “capitalism has done an exceptional job at creating wealth but a terrible job at distributing wealth, and the issue of class becomes a problem for democracy”. Sonn Pather rather noted that “the private sector should also be held to account based on a conscientious inclusion of the interests of the people, and not be judged only on its ability to extract value”. Several audience members, especially young participants, felt that there could be no substantive political democracy without substantially increasing the economic participation and power of those historically and currently marginalised in our society.

The dialogue was intended as a jump off point to constructively engage South Africans on the need to move the conversation forward beyond political rhetoric, but provide a platform for meaningful exchange, provide alternatives for critical engagement in the current political climate and envision a shared future for all. Times of uncertainty can oftentimes generate the most fertile discussions, as research and dialogue not only result in new knowledge to answer known questions, but in fact reframe the questions that need to be asked. Democracy Works and Social Surveys Africa are committed to continuing a joint engagement around the issues that affect our society.

African governments and leaders from whatever political stripes are increasingly using democracy and its institutions – parliaments, judiciaries and civil society – to entrench…