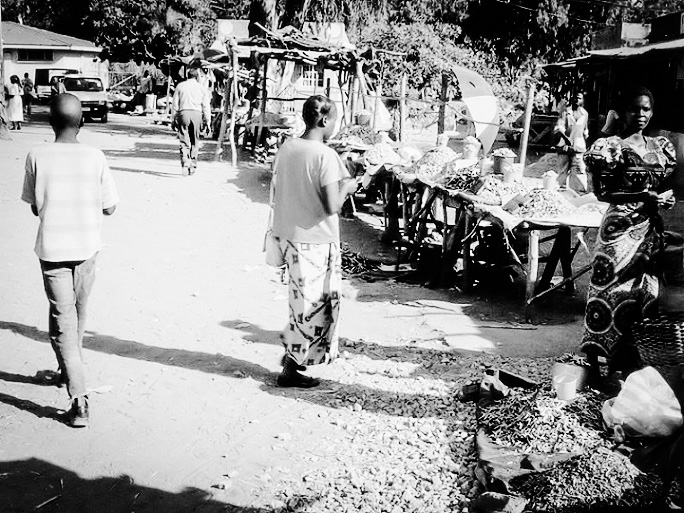 The Zambian election held on 11 August 2016 has raised more questions than answers.

Both the pre-election and post election analyses have seen commentators trying to seek validation of their viewpoints regarding the Electoral Commission of Zambia’s (ECZ) results.  However, I believe that these analyses are flawed as given the current and increasingly competitive and authoritarian environment in which they were held, they do not capture the fluidity and nuances of a truly African election.

Both the pre-election and post election analyses have seen commentators trying to seek validation of their viewpoints regarding the Electoral Commission of Zambia’s (ECZ) results.  However, I believe that these analyses are flawed as given the current and increasingly competitive and authoritarian environment in which they were held, they do not capture the fluidity and nuances of a truly African election.

Two key arguments have emerged: Tradition/Modernity thesis versus  that of the prevalent  margin of fear and electoral chicanery theory. The tradition/modernity thesis points to how modernity based indicators or econometric arguments fail to grasp the dual nature of African society, by ignoring the non-material factors influencing human behaviour.

This has influenced voting behaviour patterns to a point that most opinion polls and surveys have ended up drawing blanks in the prediction of African electoral outcomes. On the other hand the margin of fear and electoral chicanery view emphasises the democratic deficits of African institutions and electoral systems when accounting for the triumph of authoritarianism. Yet a closer look at the emerging issues reveal mutually conflicting opinions that underlie the electoral outcome than those that appear on the surface. Perhaps both schools of thought are limited when it comes to explaining the outcome of the recent elections

The tradition/modernity theory explains how western based modern notions of development have shaped and informed social research on African politics. There is a tendency to use economic deterioration and decline as a basis for predicting a backlash against a political incumbency. This analysis fails to understand the dualistic nature of Africa’s governance system informed by a fusion of feudalistic and capitalist economies, with the former dominating the latter.

Econometric analysis helps in understanding the state of the economy and how the discontent of populations is deeply ingrained in a modern economy. This is dominated by urbanites, civil society/NGOs, elites, intellectuals, rural petty bourgeoisie, and the millennials whose main concern is a working economy. Their satisfaction, or otherwise, with a particular economic outlook influences their electoral choices. This is one of the challenges that President Lungu faced as the Zambian economy declined, causing untold hardships on the urbanites.

In conversations with Zambians in the pre-election period, many acknowledged the infrastructural developments by Lungu but quickly quipped that they “don’t eat roads”. The threat of the looming economic ‘Armageddon’ premised on rising national debt was given more credence by Hakainde Hichilema’s campaign slogan: “HH will fix it”.

However, no matter how economically sound those arguments were, they failed to grasp that the message resonated with a minority. They missed two critical points raised by Peter Ekeh on Africa’s Two Public Sphere, Patrick Chabal and Jean Daloz’s, Instrumentalisation of Disorder and Jean Francois Bayart’s Politics of the Belly. These three pieces give insights into the triumph of traditional (non-economic) over modernist (economic) based arguments. Yet alone, they fail to give a comprehensive narrative of voting behaviour patterns and electoral outcomes in Africa.

Peter Ekeh argues that Africa is made up of two public spheres where one is ruled by modernity and the other by tradition. A look at the Zambian 2010 Census demographics indicate a largely majority rural population of 60.5% versus a minority urban population of 39.5%. This is not to discount those who voted for the opposition but on a general point of scale, it helps to understand why traditionally informed arguments appeal in these environments. On the other hand Bayart’s and, Chabal and Daloz’s theses help us to understand how the politics of patronage and disorder create opportunities of accumulation in periods of economic crises for the politically connected.

The politicisation of informal urban economic spaces by the Patriotic Front (PF) helps explain why it maintained its support in urban areas. Despite the shenanigans of the ruling party in informal urban economic spaces, they remained highly contested spheres and the opposition had a significant following. Levitsky and Lucan argue that patronage alone is limited when explaining elite cohesion. Non-material sources of cohesion, such as ideology, ethnicity or bonds of solidarity rooted in shared experience of violent struggle may help to explain how ruling parties maintain cohesion and stability.

Zambia’s highly ethnicised political environment, despite the ‘one Zambia one Nation’ motto that appears on its coat of arms, further helps to understand why the PF managed to garner a significant proportion of the urban vote. Edgar Lungu managed to subtly bring ethnic politics into the fray by accusing HH and the United Party for National Development (UPND) of being a Tonga party. This promoted a successful ‘us versus them’ stance as the “Wako niwako” (your tribesman is always one of you) slogan gained currency during the election campaign.

The UPND reacted slowly to those accusations and waited almost until nomination day to come up with a cogent response. This was good but too late.  But the appointment of Geoffrey Bwalya Mwamba (GBM) as a running mate proved to be a positive game-changer as the UPND managed to increase its vote in non-Tonga dominated areas. This helped, to some extent, to shed off its identity as a party of ‘Southerners’. However, this is alleged to have been checkmated by the biases of the Electoral Commission of Zambia towards President Lungu and the Patriotic Front.

The rise of President Lungu to the PF presidency and his subsequent journey to State House in 2014 after the death of Michael Sata was hinged on bullying tactics against Vice President Scott. From the onset Edgar Lungu’s ascendency was defined by instilling fear in his opponents by striking an alliance with the coercive arms of the state. It was further hastened by throwing to the fore of Zambian politics a rabid paramilitary panga wielding youth militia, and  by manipulating the judiciary. Vice President Scott was elbowed  out of the running on the basis of a controversial constitutional clause that considered him not black enough to be Zambian. This invoked arguments based on autochthonous nationalism similar those of Zimbabwe’s  President Robert Mugabe. The end justified the means as “Zambianess” (sic) was under attack. Lungu’s underhand tactics in riding to victory in the 2014 by-elections were justified and were again employed in the 2016 elections with greater precision and refinement.

President Lungu and the PF engineered a hostile environment for the opposition as fear gripped the Zambian nation. Ruling party cadres enjoyed the benefits of political power as they were let loose and operated with impunity. This is not to absolve the UPND from perpetrating violence but the majority of the reported cases indicated that the PF was mostly the aggressor. In some instances the opposition would be acting in self-defence. The Zambian Air Force (ZAF) created no fly zones for the opposition in a number cases raising the argument of security of the president. The heating up of the campaign saw the closure of the Post, a paper very critical of President Lungu’s administration over alleged tax non-compliance. The defiance of a court order in this particular case is testimony to how political incumbency was used to give PF an advantage in the electoral field.

In addition, President Lungu threatened the police when confronted with the opposition’s watermelon campaign. Lungu called the campaign evil and famously declared that he would rather choose peace over democracy as if these are exclusive concepts. The main objective was to create a climate of fear and an aura of invincibility. In my conversations with UPND supporters and activists, the notion that Lungu would rig the election results was overplayed. Even in the opposition campaign messages on the need to defend the vote, the strategy did not work well in convincing fence sitters.

The perception of invincibility has been tapped into by most of Africa’s brutal dictators: From Idi Amin; Yoweri Museveni, the late Kamuzu Banda and Robert Mugabe among many others. This questions the traditional logic of opposition parties to amplify the chicanery prowess of ruling parties in electoral environments where rules of the jungle carry the day. The need for new approaches by opposition parties to deal with the apparent invincibility of ruling parties is a matter of urgency.

The inclusion of a referendum on the constitution as part of harmonised elections also added to President Lungu’s bag of tricks; he managed to mask his quest to increase presidential powers behind a façade of a progressive bill of rights.

The ECZ’s conduct in this election has been highly questionable and marred by dubious decisions. The decision to print ballot papers in Saudi Arabia, a country with democratic credentials that are not only questionable but non-existent, raised suspicion. The ECZ also failed to rein in on political violence and at its best only managed impose a ten day ban on electoral campaigns in Lusaka and a peace rally. This failed to have any impact as violence between the main contending parties UPND and PF escalated. Allegations of fiddling the figures in favour of the ruling PF marred the credibility of the elections.

A clearly discernible argument from the Zambian elections is how elections have become increasingly sophisticated and complex in Africa. A single narrative analysis cannot alone explain electoral outcomes. A multiplicity of mutually conflicting factors in the elections influenced electoral outcomes. Relying on the traditional/modernist argument gives a partial picture and similarly, attempting to rely solely on the margin of fear and electoral chicanery line alone gives one a half-baked answer.

The Zambian elections shows that researchers need to go beyond conventional analyses and try to understand electoral behaviour and outcomes based issues. In terms of both econometric and non-econometric indicators. Perhaps, African elections are more complex than they appear on the surface and many questions need to be researched and answered.

Will the ANC get the electorate’s message?