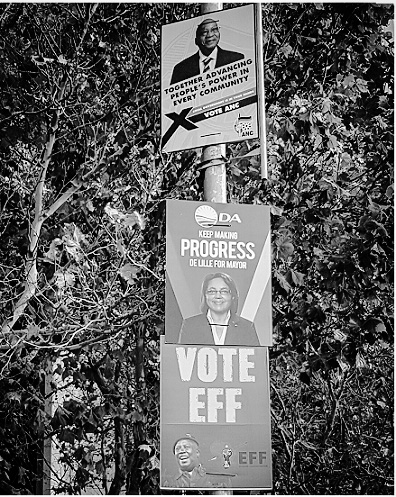 Given the widespread failure of dominant party governments in Africa since the end of colonialism, coalitions, even in cases where parties win outright majorities, should be explored more in Africa because they offer greater inclusivity, diverse ideas and leadership capacity.

Many fear that coalitions will end up in governing paralysis, policy uncertainty and more divisions. There is often a worry that the bigger party in the coalition will be bolstered at the expense of smaller partners, and that small coalition parties may alienate their supporters by getting into bed with larger parties.

Since independence from colonialism, most African countries have had one party or leader dominating governments. However, the failure of these dominant party and leader regimes has been stark: stunted development, ethnic divisions and little peace.

Almost all African electoral systems are winner-takes-all ones, where even if a party or a leader wins with one vote, they control all power, appointing allies to all positions, from village councillors to university heads. Most African countries have first-past-the-post electoral systems, which is often also manipulated by governing parties and leaders to monopolise patronage and exclude opponents when they win elections.

In such systems, the opposition or anyone perceived to be linked to the opposition is excluded from any position in government, from securing government contracts, to the deliberate neglect of the development of their communities and regions.

This is one of the main reasons why elections in Africa have become so deadly because the winners grab all, and the losers lose all until they can get a chance to secure power in the next election. This is compounded by the fact that most African political parties and leaders who secure power mobilise their ethnic groups and regions – and when they win, they shower their ethnic groups and regions with patronage, while excluding everyone else.

This phenomenon, the winner takes all, combined with ethnic, religious, language and regional mobilisation by political parties and leaders, is one of the reasons for African civil wars, ethnic violence and secessions, as the excluded often seek violent and often secessionist alternatives.

There are successful examples of African governing coalitions. Although the ANC overwhelmingly won South Africa’s 1994 elections which formally ended apartheid, South African president Nelson Mandela introduced a coalition between the ANC and the parties it often violently fought during the apartheid era.

Mandela cobbled together a Government of National Unity (GNU) between the ANC, the National Party, the party of apartheid, and the Inkatha Freedom Party (IFP), the party it violently fought in the country’s KwaZulu-Natal province, and with other smaller opposition parties.

The GNU ended when the NP left in 1996, but Mandela and Thabo Mbeki continued to share power with smaller opposition parties until they all eventually withdrew.

Regionally, Mandela and Mbeki encouraged a coalition between the ANC and the IFP in the volatile KwaZulu-Natal province. In South Africa’s Western Cape province, the Democratic Alliance has been in continuous coalitions, initially with the National Party, and then with smaller parties, such as the Independent Democrats.

Following the 2008 presidential elections, the first round was won by the opposition Movement for Democratic Change, but government-controlled election officials pronounced a run-off. Following a campaign of violence unleashed against opposition supporters, Tsvangirai withdrew from the run-off, giving Mugabe an uncontested poll.

As a compromise, negotiated by regional and continental organisations, the governing Zanu-PF agreed on an inclusive government, with MDC leader Morgan Tsvangirai as prime minister and former Zanu-PF leader Robert Mugabe as president.

After the disputed and bloody December 2007 elections in Kenya, the leading parties formed a Grand Coalition government between the competing contestants, Mwai Kibaki of the Orange Democratic Movement, and Raila Odinga of the Party of National Unity.

The agreement, brokered by former UN secretary-general Kofi Annan, lasted between April 2008 and April 2013. In the agreement, Kibaki served as the president, Odinga as the prime minister, and individuals from both camps were appointed to the cabinet.

Mauritius, one of Africa’s most successful democratic, developmental and peaceful post-independence countries, has done so mostly under coalition governments. Although Mauritius has the typical African first-past-the-post electoral system, most of its post-independence governments have been in the form of coalitions.

Mauritius, one of Africa’s most diverse societies, who were exposed to deadly conflicts before and immediately after independence between those racially privileged during colonialism, and those who were disadvantaged, has experienced Africa’s longest continuous economic growth spurts, with human and inclusive economic development.

Industrial Germany, Denmark and Sweden have since the Second World War for long periods run successful coalition governments, whether of the left or the right, which brought democratisation, inclusive economic growth, and industrialisation to these countries.

Most African countries with dominant leaders and parties are only governed by a small circle of people. This means that most African countries, in spite of their myriad problems, run at partial capacity, with the potential innovations, policies and skills of those excluded absent, undermining development, growth and ethnic peace.

In Africa, coalitions have the potential to bring more diverse ideas, skills and innovation to governing. Coalition forms of government bring together competing parties and could bring diverse ethnic groups, regions and parties into government – currently lacking in almost all African governments.

Coalitions may also encourage African governments to govern in the widest public interest – not only in the interest of a small elite, ethnic, religious or linguistic group, which has often been the case.

Africa should stand up for Burundi

President Jacob Zuma’s wealth of experience in uncomfortable situations and strong-man crisis confrontation gives him appropriate experience for his new role: In a nod…