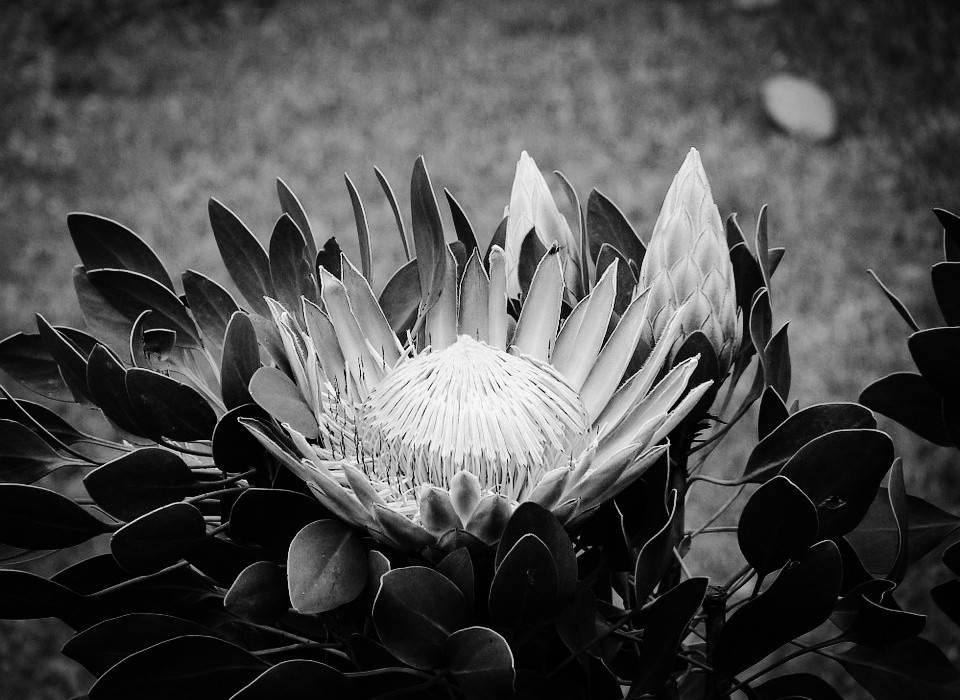 The Constitutional Court judgement on 31 March 2016 which ruled that President Zuma violated the Constitution by not paying the money for upgrades to his private Nkandla home, is a seminal judgement which has validated South Africa as a constitutional democracy.

In March 2014, Public Protector, Thuli Madonsela investigated the matter releasing a report, “Secure in Comfort”, in which Zuma was accused of abusing public funding worth R246 million in upgrades to his Nkandla residence.

Madonsela requested for Zuma to pay part of the money for the project which was rejected by Zuma then, stating that he did not ask for it. Significantly, Parliament also dismissed Mandonsela’s recommendations that Zuma repay a portion of the money spent on Nkandla.

The application was brought before the Court by the opposition parties, the Economic Freedom Fighters (EFF) and the Democratic Alliance (DA).

The judgement reaffirmed the Constitution as the supreme law, rule book and set of values in South Africa. The judgement also reinforced the legitimacy of – and thereby enhancing public confidence in the Constitutional Court, which together with the office of the Public Protector, as being among the most effective democratic institutions in the country.

The Constitutional Court judgement also points out that Parliament’s role is passing “legislation with due regard to the needs and concerns of the broader South African public. The willingness and obligation to do so is reinforced by each member’s equally irreversible public declaration of allegiance to the Republic, obedience, respect and vindication of the Constitution and all law of the Republic, to the best of their abilities”.

Regrettably again, the past few years have seen Parliament pushing laws and policies, for example the Protection of State Information Bill (the Secrecy Bill), the Traditional Courts Bill, for the closure of the Scorpions, and the adoption of the arms procurement strategy, some which are often not only unconstitutional, but which are against the public interests of the broader South African public.

Parliamentary office bearers have likewise frequently criticised the judiciary for holding it to account for unconstitutional decisions, behaviour and policies. In fact, in 2014, Parliamentary presiding officers directly approached President Zuma to ask him to convene a meeting of the three arms of state to discuss the “separation” of powers.

Former ANC Chief Whip in Parliament, Stone Sizane, and last year speaking during the Budget debate said the continued scrutiny of the parliamentary process by the judiciary allegedly amounted to “encroachment” and would allegedly lead to a “constitutional crisis”. In 2015, ANC Secretary General, Gwede Mantashe after the ANC-SACP-Cosatu tripartite alliance summit, claimed the judiciary was interfering with the executive and the legislature, calling it “judicial over-reach”.

President Zuma, ANC Secretary General, Gwede Mantashe and Cabinet ministers have over the past few years launched sustained attacks on the judiciary. Zuma in 2012 told The Star newspaper in an interview: “we want to review its (Constitutional Court’s) powers.” President Zuma said this was supposedly to “balance the legislative, judicial and executive powers of government”.

The late Chief Justice, Arthur Chaskalson said the Executive’s and Parliament’s real bugbear was the Constitution itself, specifically the “idea that the powers of Parliament and the Executive are to be exercised within the framework of the Constitution”. In the apartheid era, the Executive was guided by the 1934 judgement in the case of Sachs v Minister of Justice presided over by then Chief Justice, James Stratford which pronounced: “Parliament may make any encroachment it chooses upon the life, liberty or property of any individual subject to its sway and that it is the function of courts of law to enforce its will”.

However, the adoption of South Africa’s Constitution in 1996 heralded in a constitutional democracy away from the colonial and apartheid system. Nevertheless, last week’s Constitutional Court judgement confirmed that no individual, whether the President, political party or institution, whether Parliament or the Executive in South Africa, was above the Constitution.

The Constitutional Court found that it was not correct for the National Assembly to pass a resolution that nullified the findings made and remedial actions that were taken by the Public Protector and in the process, replacing them with its own findings and remedial actions. This has profound implications, because it confirmed the powers of the Public Protector as well as other Chapter 9 institutions, which are charged by the Constitution with protecting democracy.

In 2007, the late Kader Asmal, conducted a parliamentary review committee on South Africa’s Chapter 9 institutions, which bemoaned their “lack of political clout” to fight on behalf of citizens.

The Asmal Report said the Executive (Presidency and Cabinet) did not take the oversight bodies seriously. The report also criticised Parliament “to whom these institutions are accountable” for “not sufficiently (interrogating) the reports that these institutions submit and (for not working) closely with them to enhance (their) oversight role over the Executive (Presidency and Cabinet)”.

The Constitutional Court judgement greatly empowers the Chapter 9 watchdogs. Speaker of Parliament, Baleka Mbete rightly asserted that the judgement “will serve to guide our (Parliament’s) processes and approach in handling reports of Chapter 9 institutions in the future”. The good thing is, the President, even if grudgingly, publicly accepted the supremacy of the Constitution and Constitutional Court, and apologised for his transgression. The ANC national leadership issued a statement to that effect.

“The Constitutional Court is and remains the guardian of the Constitution of the Republic and the final arbiter on matters before it, hence the ANC welcomes the clarity provided by the Court on the binding nature of the powers of the Public Protector,” the ANC said in an official statement.

In our constitutional democracy, multiple institutions should hold the President to account, including Parliament, the judiciary, democratic oversight institutions such as the Public Protector, civil society and the media. South Africa’s media and civil society played an instrumental role, first to uncover the Nkandla scandal, and to persist, following intense executive, parliamentary and government pressure not to do so.

Madonsela after the judgement rightly praised the media for “bringing the excesses in the exercise of public power and control over state resources that resulted in the investigation in the report to our attention.” Civil society organisations also helped keep the subject on the public agenda.

What are some of the key lessons from the judgement?

The first, is that internal rules and institutions of the ANC or any other political party for that matter, are subject to the Constitution, democratic rules and oversight institutions.

The South African Constitution is one of the greatest indigenous African frameworks of laws, morals and culture ever written – admired by many cultures, societies and countries – including Western ones, outside the continent. It creates the basis for a new indigenous traditional and cultural values, norms and laws.

Cultural practices that undermine constitutional values, individual dignity or safety, degrade women or allow traditional leaders to do as they please with no accountability, cannot and should not be defended at all. It means that traditional law, justice and norms must be subject to the Constitution. There cannot a parallel system of governance to that of the Constitution.

Days after the Constitutional Court judgement, Zuma, responding to the debate in the National House of Traditional Leaders which sat in Pretoria (7 April 2016), asked “what are the values” that drives us. He then responded to his own question saying “African problems should be solved in the African way”, rather than through the courts.

“I would be very happy that we resolve the African problems in the African way. Because if we solve them only legally, they become complicated. Law looks at one side only and doesn’t look at any other thing. It deals with cold facts and I was complaining about that but they are dealing with warm bodies – that’s a contradiction.”

This statement directly implied that South Africa’s Constitution and the Constitutional Court were not the African way.

The Constitutional Court describes the President as the Head of State and Head of the National Executive, which is the “highest calling”, the first citizen and occupies a position “indispensable for the effective governance of our democratic country”. “Only upon him has the constitutional obligation to uphold, defend and respect the Constitution as the supreme law of the Republic been expressly imposed.” Furthermore, he “is a constitutional being by design” and the “personification of this nation’s constitutional project”.

“The National Assembly, by a resolution adopted with a supporting vote of at least two thirds of its members, may remove the President from office only on the grounds of:

The President embodies the letter and spirit of the Constitution. Not voluntarily resigning, means that President Zuma, although he rightly apologised for his unconstitutional actions, in essence undermines the Constitution itself. Following this judgement, he cannot be the “personification” of South Africa’s constitutional project.

Even if Zuma stays, his moral authority has been damaged. For another, such is the opposition from within the ANC and outside, from civil society, investors and the markets, that it would be impossible for him to govern effectively. There are still the potentially damaging outcomes of court cases involving the President still in process. Moreover, as his powers wane, there is likely going to be more damaging revelations as people come forward with past and current improprieties.

Once Parliament is elected, the members of Parliament elect the President – not citizens, who have to accept the presidential and candidate choices of the party leaders. Parliamentary representatives are accountable to political parties (leaders), not necessarily voters.

For example, the way the ANC is organised now means that those who are nominated to be MPs are often handpicked by the party leadership, or they are voted in on slates linked to one or the other factional leader. There is little pressure on deployed MPs to listen to their “constituency” – or follow their conscience or the Constitution – all they need to do is to please the ANC leadership who appointed them. This system undermines the Constitution.